Witnesses in a strange and unexplained UFO case claim an alien was shot dead at an U.S. Air Force Base in New Jersey.

Ever since this case was presented to the public, numerous UFO researchers have tried getting to the bottom of it with little to no success.

As the story goes, in the early hours of January 18, 1978, after a night of heavy UFO activity over the McGuire Air Force Base near Trenton, NJ, an extraterrestrial being ended up losing its life on the tarmac.

Details of the case have been submitted by one Major George A. Filer III, who was an Air Force Intelligence Officer at that time. According to his testimony, a small, grey alien had been shot by a military policeman after the being had left the safety of its spacecraft.

While he was driving near the base, the policeman noticed the UFO activity was on the high-end of the spectrum and was already in a state of high alert when he came upon a “small being with a large head, black eyes and a very slender body.” Believing they were being invaded, he panicked, got out of his car, pulled out his .45 caliber handgun and demanded that the being lay down on the ground.

Naturally, the grey alien did not comply so the policeman fired several shots. Wounded, the being climbed the fence into McGuire AFB, took a few more steps and then collapsed on the runway. Filer did not witness the event firsthand, but was briefed by the head of the command post over at McGuire AFB.

“He was very specific about the fact that an alien from outer space had been shot at Fort Dix, and that he had run away after being wounded, and headed for McGuire,” Filer told UFO investigator Dr. Steven Greer. “Now McGuire and Fort Dix just have a fence between them, and this alien apparently climbed the fence or went under it, and got to McGuire and died out on the end of the runway.”

Filer got there just in time to see the aftermath of an alien being shot to death.

The security police were already there, guarding the body of an alien “crouched in a fetal position, not breathing.”

Another witness to this scene was Sgt. Jeff Morse, one of the officers who roped off the body to keep anyone from tampering with it before the specialists arrived. It is very likely that ‘Morse’ is a pseudonym intended to keep the witness’ identity secret.

Morse told UFO investigators that the “specialists” consisted of a team of military officers wearing blue berets and that their first order of business was to order everybody to take a few steps back, enough that they wouldn’t be able to see the details.

But he managed to see enough to confirm Filer’s description of the otherworldly being. He vividly remembers “the skin of the unclad, hairless body was wet, shiny and snake-like.”

The entity was about four feet in height with a large head, slender torso, thin arms and legs, and overall, of grayish-brown coloration.” 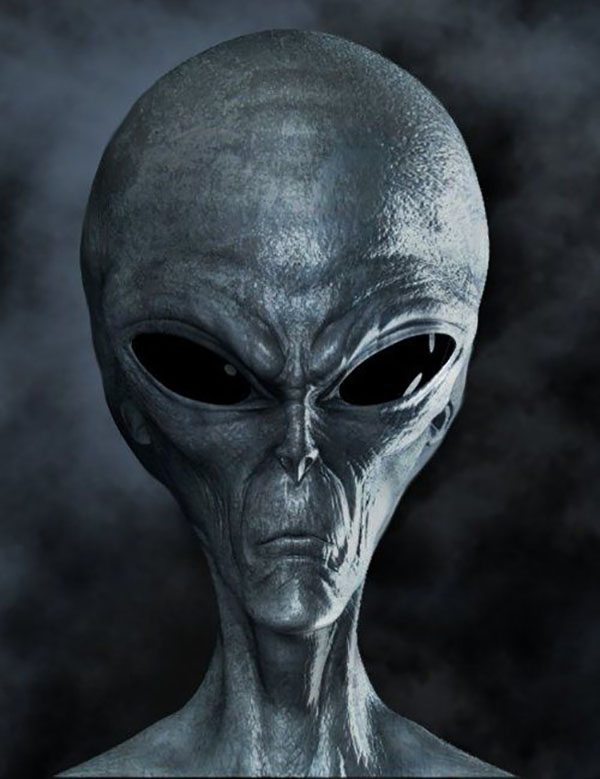 The Blue Berets kept spraying the body with liquid from a portable tank, probably in an effort to preserve it. It was then placed onto a wooden platform and a wooden frame was quickly built around it. The entire assembly then went into a large metal container which was then loaded onto a C-141 cargo airplane that landed on site.

Nobody who’s willing to talk knows where the dead grey alien was taken but some researchers suspect it was brought to the Wright-Patterson AFB in Dayton, Ohio, the same place that housed the alien bodies recovered from the 1947 crashes in Roswell, NM.

By their own admissions, Morse and Flier were later flown to Wright-Patterson and subjected to strict interrogations. Although they were interrogated on separate occasions, they were basically given the same warning: “keep quiet or you’re done!”

They told me about my duty to keep my mouth shut… I signed a form and it is supposed to bind me for life” – Sgt. Morse

One would be entitled to ask: what had triggered the intense UFO activity over McGuire AFB and what was the alien doing out of its craft and on the side of the road? Filer’s testimony answers the first question:

It was a very serious operation. There are nuclear assets on the base — they used to carry nuclear weapons back and forth to Europe.”

As for the presence of the lone ET, Filer suspects that one of the UFOs crash landed or was shot down and in an attempt to gain sanctuary, the alien was heading for the Air Force Base.

Recently, the case has made a comeback but despite the fresh interest, it is unlikely that more details will surface. This incident, like so many before it, raises a legitimate concern. As omni.media reports, “we have an alien race expecting one of their own to eventually come home. They just probably weren’t expecting it to be in a body bag.”

Still, if retaliation hasn’t come in the nearly 40 years since the incident took place, we could consider ourselves safe. Or should we?