Pilot Giancarlo Cecconi, 14th Fighter Wing of the Air Force, was flying his G.91 fighter returning to Treviso Air Base, Italy, after carrying out a reconnaissance mission on June 18, 1979, at 11:30 am.

The Istrana Radar Center registered the presence of an intruder on their screens and instructed Cecconi to intercept the unidentified craft that had penetrated a restricted area.

Airport ground staff followed the scene with binoculars and Treviso Control Tower personnel contacted Cecconi to w̳a̳r̳n him that the object was releasing a strange “blue trail”.

Cecconi was in pursuit at an altitude of 7,000 feet, and as it approached the object, it made up and down motions, climbing up to 13,000 feet.

The pilot made seven to eight passes close to the object taking pictures of the U̳F̳O̳, resulting in a total of 82 frames depicting the intruder.

The U̳F̳O̳ was apparently stationary to the G.91, but the radar center confirmed to Cecconi that the object was moving with a defined course and speed.

Cecconi described the craft as looking like a matte black “gas tank” with a small white or transparent dome located on top of the slightly flattened object.

While Cecconi was making one more maneuver to take another round of photos, Istrana’s radar reported that the object disappeared from the screens and shortly after, the Treviso Control Tower confirmed that they had lost visual contact with the U̳F̳O̳.

The plane returned to the Air Base and landed, the films were removed and taken to be revealed.

The pilot was very curious to see the photos he took including the white “dome” and reported that “the object was a cylindrical tank at least 8 meters long (26 ft.) and about 3 meters (10 ft.) in diameter suspended in the sky at 13,000 feet high.”
VIDEO : The Russian Cosmonauts Onboard Salyut-7 Saw Strange UFOs And 30 Metre Tall Alien Creatures In Deep Space 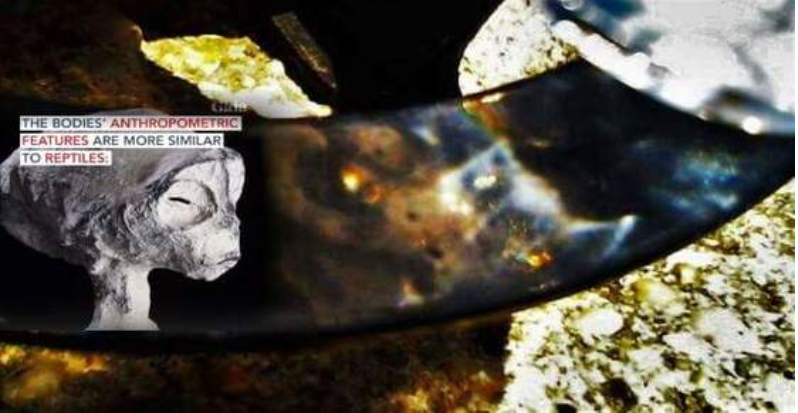