Some technological leaps since 1947 have led U̳F̳O̳logists to think that they were the consequence of what happened that year in Roswell, New Mexico. Now, an unpublished testimony accounts for a secret reverse engineering program designed to study the ship crashed in the Roswell incident, The U̳F̳O̳ depended on a kind of telekinesis on the part of its a̳l̳i̳e̳n̳ crew.

We recently reported on an exhibition that took place at the Fredericton Region Museum, dedicated exclusively to a once-prominent resident: physicist and U̳F̳O̳logist Stanton Terry Friedman, by far the most prestigious civilian investigator on the Roswell case.

The famous paranormal blog Mystery Planet requested access to the exhibited material, largely composed of a large number of papers and letters that Stan kept in his personal archive. Among them they found a more than striking letter, where a certain Shawn (the surname is censored) from Texas, the son of a military witness to the incident, tells what his father knew and bequeathed to him as an a̳l̳i̳e̳n̳ ship crashed in 1947.

The transcript of the letter can be seen below and you can also download it at the end:

A friend gave me your address and said you want to hear from family members of military men who witnessed anything related to flying saucers during their service. I have a first-hand eyewitness account given to me by my father regarding flying saucers and so-called “a̳l̳i̳e̳n̳s” that I think you should hear. I also have relevant documentary evidence left to me by my father that I would like you to examine.

In 1973, when I was 7 or 8 years old, I bought a comic book depicting the recent a̳l̳i̳e̳n̳ abduction of two men while they were fishing at night. The abduction story fascinated me. I showed the comic to my father and asked him if he believed it really happened, and whether he thought flying saucers were real. To my surprise, my father told me that flying saucers were indeed real, because he had seen one up close. I asked him when and where he had seen the saucer, and he told me the following story.

My father told me that in the summer of 1947 he was at an air base in Ft. Worth, Texas for reserve training after temporarily discharging from active duty in the Army Air Corps earlier that year. He said he remembered it well because it happened on the Fourth of July holiday weekend. One night he was playing cards when an officer came in and asked for volunteers to make a routine red-eye flight to New Mexico.

My father said he jumped at the opportunity, clad to get some flight time (he went as air crew, not pilot). My father loved to fly more than anything. He said he especially happy because it his birthday, July 6, My father said it didn’t take him long to figure out something wrong. Because everything tense and hurried, as if it some sort of emergency.

He said he knew it was no routine flight when two MPS boarded his plane with fully-loaded Thompson submachine guns. He said they flew together in a C-54 as part of a convoy with a second C-54, a bomber, and two fighter escorts. And he told me a general was with them aboard the bomber.

My father said they flying “hot” (armed), and it reminded him of fighter and bomber operations during the war. He said everything was definitely out of the ordinary. When he asked what was going on, an MP told him a rocket had crash-landed on the US soil.

They landed at an air base in New Mexico and took trucks and jeeps to a remote piece of land.

There MPs already present, and they tried to prevent the air crews from entering the property.

My father said when the General told the MPs the airmen “his boys,” they allowed to pass. On the ground my father said he saw the scattered remains of some sort of crashed aircraft. He said he had seen the renains of crashed fighters and bombers in the Pacific, but this different from anything he had ever seen before.

It didn’t look anything like the other crashes. My father said he was the only one present who was familiar with the internals of jet aircraft. Since he studied jet propulsion and trained as a mechanic on the Army’s first jet fighter (the P-80 Shooting Star).
The General knew of my father’s familiarity with advanced jet aircraft. And he asked my father to take a look at the wreckage and “see what he could make of it. My father said the wreckage unlike anything he had ever seen before.

Nothing resembled the shape of a conventional airplane or rocket. There were chunky pieces of relatively intact metal frame and many smaller, thinner pieces of what looked like a fuselage. Everything made of a strange metal alloy, what he called “unobtanium,” very light and strong. Some of the pieces could not be bent, while others were extremely flexible. There were also some pieces that appeared to be rusted on the outside. Or to have subjected to very high heat.

There were no discernible welds or rivets anywhere in the wreckage. And my father said it looked as if the entire ship had somehow cast in one piece. There were no motors or moving parts at all, no propellers, jets, or nozzles. There were no visible cables, switches, gauges, vacuum tubes, or electronics of any kind. And there were what looked like long, small lights; solid pieces of plastic of what he called “spaghetti” that not wires or tubes, with no apparent function. There strange characters on some of the pieces, a type of writing my father had never seen before. Although only on the inside of the ship; there were no marks on the outside.

There were also a bunch of loose objects with no apparent purpose. The strangest objects he said he found were metal reclining seats the size of a child, with notches for the head, body, arms and legs, including notches for hands with spaces for six fingers. There were no corpses in the rubble.

After examining the remains, my father reported to the general. “Kell, it is not one of ours, that’s for sure.” Asked whether he thought it was a rocket or a jet, he replied, “Neither.”

The general asked my father if he thought the Russians had done it. And my father replied, “No, unless those inscriptions inside are in Russian.”

The rumor around the place was that the ship was a crashed flying saucer. And everyone present instinctively felt that it not from Earth. 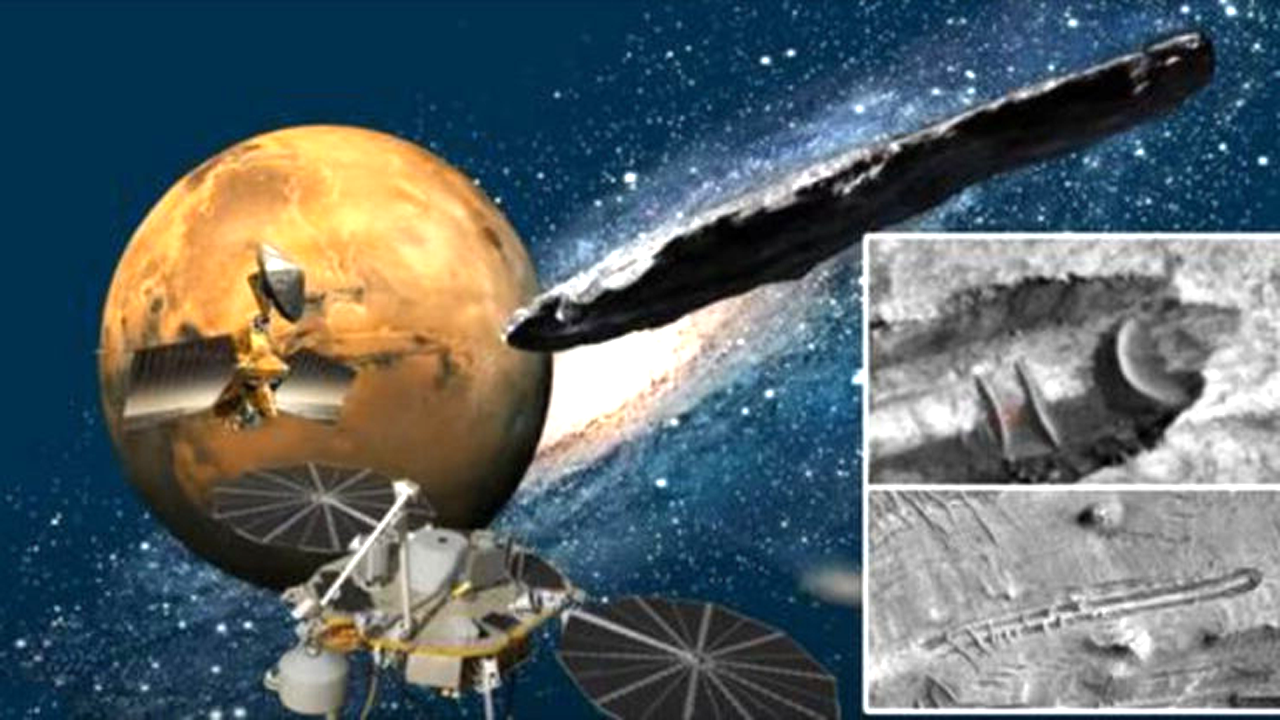