If you were a commercial or private pilot flying one of those long trips across the Pacific Ocean and you saw UFOs in the form of bright lights high over the plane traveling in oval patterns, would you report them to your upper management or the FAA? Would you discuss them with other pilots? If the lights were in the sky long enough to record, would you record them? If the lights seemed to be following each other in this oval pattern, would you think you were watching a UFO racetrack? Believe it or not, all of these events have been occurring regularly and were witnessed by seasoned pilots, many with military experience, and they collectively are baffled by what they’re seeing. Baffled … but not afraid to record and report these sightings. Before you say “Meh … more drones,” the pilots have been told by their higher authorities not to discuss these sightings. Fortunately for us, they ignored the orders. Before you make up your minds, read some of the testimonies of pilots puzzled by the “Race track UAPs.”

“The other airlines were saying, “Hey, are you seeing what we’re seeing?” They were lights that would come on very bright, you would see them move, then they would go out. It had to be in a very, very high orbit, or actually even out in space quite a ways away from anything that a satellite would be, because every time we were seeing it, it was in the lower right hand corner of the Big Dipper, no matter where we were in the world. It lasted for such a long time that it actually became boring, almost.” (pilot and UFO witness Chris Van Voorhis to The Daily Mail)

Chris Van Voorhis, a veteran pilot with 32,000 hours of flight experience, says he was flying from Honolulu to Los Angeles in August 2022 when his eye caught sight of as many as five bright objects standing out against the surrounding stars of the Big Dipper. Yes, he knows what the SpaceX Starlink satellites look like and these were not satellites. Van Voorhis claimed they faded in and out rather than blinking, and the oval pattern they seemed to be traveling in reminded him of a “race track.” That’s how he knew they weren’t Starlink satellites because those follow each other in a straight line. As he indicated to The Daily Mail, Van Voorhis contacted other pilots who traveled this route and found many of them had seen the same UFOs around the Big Dipper.

“(Pilot) We’ve got a few aircraft to our north here and he’s going around in circles, much higher altitude than us. Any idea what they are?

(Air traffic controller) Uh, no, no I do not,’ the baffled controller responded. ‘You’re not entering any [military] airspace or anything. I am not sure.”

Gulfstream charter jet pilot Mark Hulsey reported his sightings in the same August and September timeframe to air traffic control, which could not identify what he was seeing at an estimated “5 or 10,000 feet above us.” This conversation was broadcast on YouTube (watch the video here) by Ben Hansen, a former FBI agent and current UFO researcher, who obtained the conversation and many others using Freedom of Information requests for Air Route Traffic Control Centers (ARTCC) recordings from the FAA. Hulsey later says to the controller:

“They just keep going in circles. I was an F-18 pilot in the Marine Corps, and I’m telling you, I’ve done many intercepts, I’ve never seen anything like this.”

That is a key statement – Mark Hulsey is a former military pilot. Had he had this encounter, which took place by Santa Catalina, an island off the LA coast and near many military UFO sightings — in a Marine fighter jet, he would have had a rigid set of instructions to follow to report this incident up the chain of command. He would also likely have ships with radar controllers following his moves and potentially tracking the UAPs. Hulsey and Van Voorhis are commercial pilots – they have looser guidelines to follow when encountering such phenomena, and often don’t because they don’t believe the FAA will follow up with an investigation … even of events seen by multiple pilots. They also fear losing their jobs. Van Voorhis said his unnamed employer told him to “cease and desist” mentioning the incident in public. Fortunately for us, many other pilots continued to report them and Mark Hulsey has their recordings.

“Many of these pilots are very confident that the lights were not just going in one direction, but in both directions, which is very unusual for satellites. In Mark’s case they would go from the north and then actually go above his craft, where he had to crane his neck to see them from the canopy. It was seen by upwards of 15 different commercial flights. And at least six pilots are willing to go on record with their names and everything if asked to do so by any investigative agencies. In this case, we have a global phenomena from as far west as Japan, to as far east as possibly Miami. Whatever it is, pilots are seeing it from halfway across the world.”

In his video, Hansen reveals names of airlines —  Southwest Airlines and Hawaiian Airlines, among others – whose pilots saw the same “race track UFOs” between August 6 and September 23, 2022. While only Hulsey and Van Voorhis are willing to go public, the others may soon follow because there has been no investigation or explanation of these lights. And there are more, according to Van Voorhis.

“Out of my pilot friends, at least 50% have seen some type of an anomaly.”

The Defense Department now has the All-domain Anomaly Resolution Office (AARO) – an official UAP Task Force tasked with investigating military UFO encounters. While the FAA can share its pilot-reported sightings with the AARO, there is no guarantee they will be investigated. 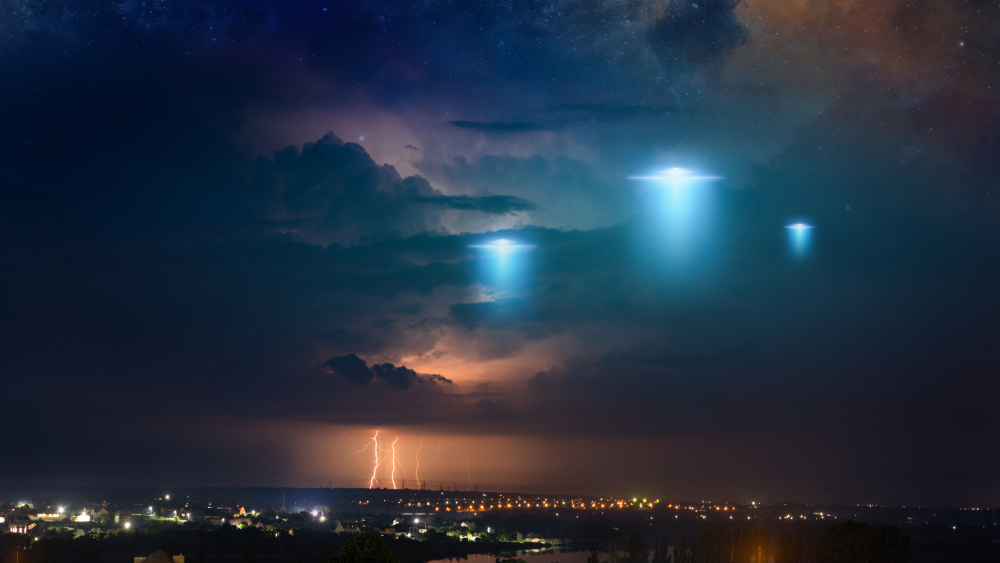 Kudos to Ben Hansen for doggedly chasing down these reports. On his YouTube page, he mentions that these latest reports are in addition to “previous sightings reported in the two preceding videos in this playlist.”

These “race track UFOs” have been seen by experienced pilots around the world at altitudes high above theirs, and they are convinced the phenomena are not satellites. Then … what are they? Don’t hold your breath waiting for a Pentagon or government response. Get out there yourself, look up in the sky, have your cellphone charged and ready, file FOI requests, bug your congressional representatives, do the legwork. Like politics, the best UFO investigations begin at the grass roots.