UFOs seem to be all around us. Although our skies are contaminated with man-made objects, some of them are meaningless to us. For example lights that appear in one place, disappear and reappear a few seconds later in another place.

Sometimes these lights zigzag or perform maneuvers that no known human aircraft is capable of. What these objects are remains a mystery to all of us. I believe some of these objects commonly called UFOs/UAPs are non-terrestrial technologies.

Recently there has been more and more talk about these objects. Furthermore, they have become so important that even NASA is trying to find out what these mysterious objects are. And that’s not all, the Pentagon also has its own UFO office.

UFO sightings
Today pilots and crews of more than 15 planes say they have encountered Unidentified Aerial Phenomena (UAP) in US airspace in recent weeks. And the observations are numerous.

Debrief recently reported that investigator and TV personality Ben Hansen first mentioned UFO sightings on social media. He then used his YouTube channel to post several videos detailing the incidents. According to Hansen the pilots explained that the sightings took place over the course of seven weeks. What is fascinating is that they were luminous aerial objects. 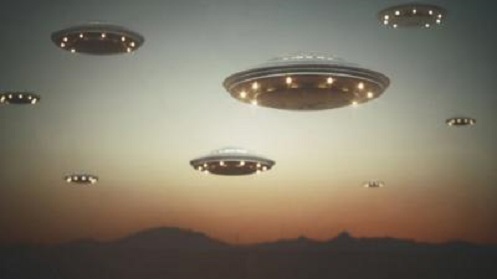 These unidentified objects are seen in airspace from the midwestern United States to the western Pacific. However these were no ordinary UFOs. According to reports, the objects performed unconventional aerial maneuvers in a close circle. Some drivers have compared them to F1 racing cars.

“Racetrack UAPs” is the nickname given to these objects. Several of these sightings were reported to air traffic controllers. However, no official investigation has been carried out to date. Even if the events have been reported to at least one Federal Aviation Administration (FAA) unit.

A curious series of sightings took place a few months ago in August 2022. It involved a Gulfstream 650 private jet piloted by former Navy F-18 pilot Mark Hulsey. Hulsey was accompanied by a copilot known only as Keith. They followed a trajectory that took them from Florida to Hawaii. While flying over Los Angeles, the pilots observed 4 to 7 very bright objects flying between 1,500 and 3,000 meters. The objects performed erratic maneuvers.

UFO Maneuvers Made No Sense

How can man-made planes perform such exotic maneuvers? They probably can’t. And what the pilots saw was probably not Earth technology. But more importantly, that’s what the pilots seemed to think. Based on the UFOs’ strange circular maneuvers and the speed they exhibited, none of the pilots thought they were conventional craft. What followed was equally interesting. Gulfstream 650 pilots revealed to Hansen that data about the incident was shared and discussed in a closed meeting. Events were reviewed and sent to Joint Flight Command.

In addition, the day after the Aug. 18 incident, Gulfstream pilots revealed to Hansen that a closed meeting was held in downtown Los Angeles, where data on the incident was reviewed by Joint Flight Command Air Traffic Operations (JATOC). ) and the National Airspace System (NAS). ). Weeks after the incident, other reports of similar UAPs began to surface. Commercial pilots began to reveal more information about their sightings, which were eventually picked up by civilian investigators via social media. The nature of these objects remains a mystery.