The Silurians are a species of lizard-like creature that appeared in the cult science fiction TV show Dr. Who. They achieved industrial expertise about 450 million years ago, long before humans evolved on Earth.

The Silurians are fictional, of course. But the idea of advanced prehistoric life is an intriguing one and raises a variety of interesting questions. Not least of these is this: if an industrial c̳i̳v̳i̳l̳i̳z̳a̳t̳i̳o̳n̳ had existed in the past, what traces would it have left?

Today we get an answer thanks to Gavin Schmidt at the NASA Goddard Institute for Space Studies in New York city and Adam Frank at the University of Rochester. These guys have a name for the idea that an industrial c̳i̳v̳i̳l̳i̳z̳a̳t̳i̳o̳n̳ may have predated humanity: the Silurian hypothesis.

They study the signature that our own c̳i̳v̳i̳l̳i̳z̳a̳t̳i̳o̳n̳ is likely to leave behind and ask whether it will be detectable millions of years from now. Their conclusion is that our probable impact on the planet will be palpable but in some ways hard to distinguish from various other events in the geological r̟e̟c̟o̟r̟d̟.

Their work has some interesting implications for how we should study Earth and the impact we have on it. The research should also help astrobiologists decide what to look for elsewhere in the universe.

Schmidt and Frank begin by setting out just how little we know about A̳n̳c̳i̳e̳n̳t̳ Earth. The oldest part of Earth’s surface is the Negev Desert in southern Israel, which is 1.8 million years old. Older surfaces exist only in exposed areas or as a result of mining and drilling operations. Given these constraints, the evidence of activity by Homo sapiens stretches back some 2.5 million years—not really that far in geological terms. 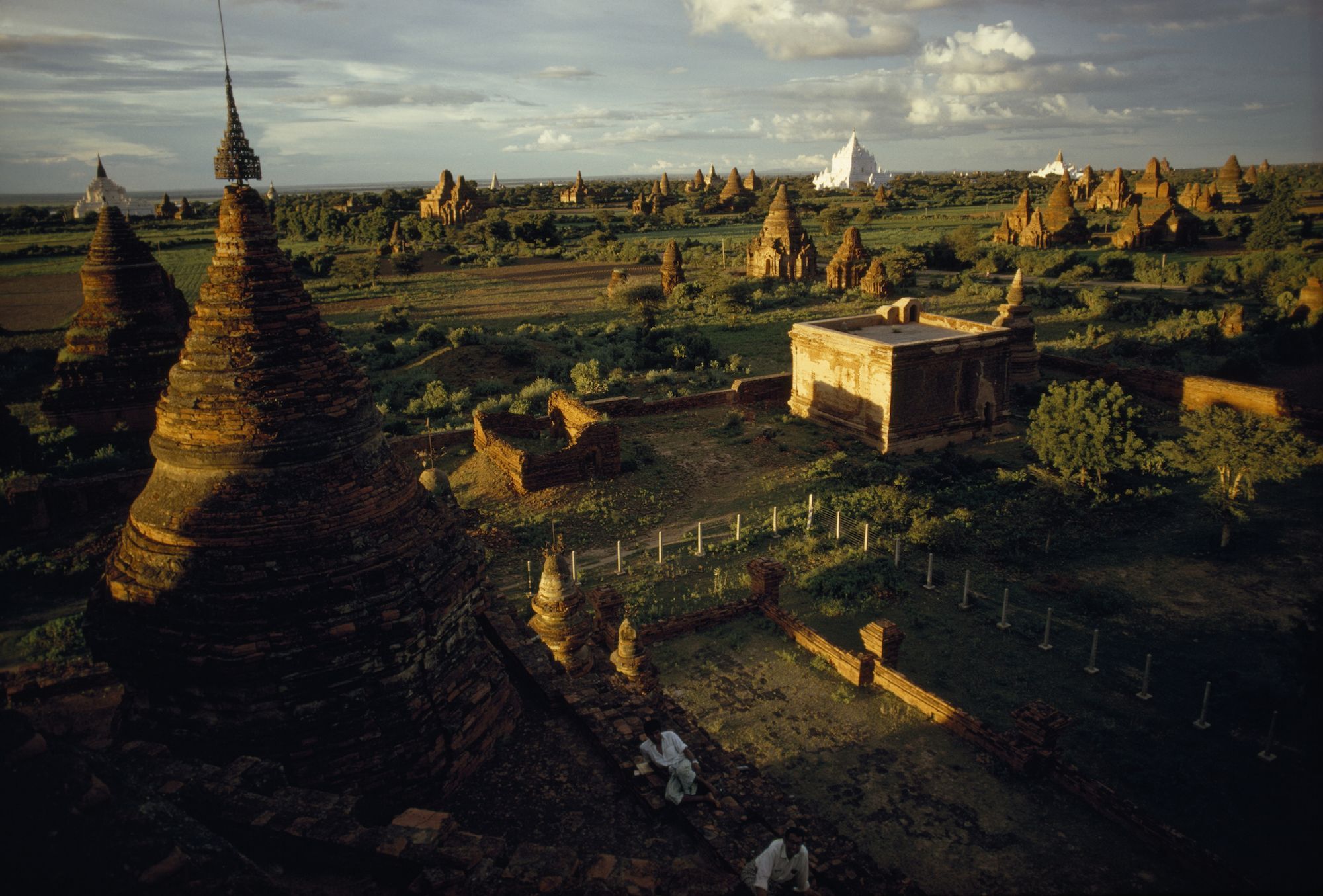 The ocean floor is relatively young too, because ocean crust is constantly recycled. As a result, all ocean sediment post-dates the Jurassic Period and is therefore less than 170 million years old.

In any case, say Schmidt and Frank, the fraction of life that gets fossilized is tiny. Dinosaurs roamed Earth for some 180 million years, and yet only a few thousand near-complete specimens exist. Modern humans have existed for just a few tens of thousands of years. “Species as short-lived as homo sapiens (so far) might not be represented in the existing fossil r̟e̟c̟o̟r̟d̟ at all,” say Schmidt and Frank.

What of human artifacts—roads, buildings, baked-bean tins, and silicon chips? These, too, are unlikely to survive long, or to be found even if they do. “The current area of urbanization is less than 1% of the Earth’s surface,” point out the researchers.

“We conclude that for potential c̳i̳v̳i̳l̳i̳z̳a̳t̳i̳o̳n̳s older than about 4 million years, the chances of finding direct evidence of their existence via objects or fossilized examples of their population is small,” they say.

But there is another type of evidence: our c̳i̳v̳i̳l̳i̳z̳a̳t̳i̳o̳n̳ also leaves a chemical footprint.

Schmidt and Frank are interested in industrial societies, which they define as those capable of extracting energy from the environment. By this definition, humanity has been industrial for about 300 years. “Since the mid-18th Century, humans have released over 0.5 trillion tons of fossil carbon via the burning of coal, oil and natural gas,” say Schmidt and Frank.

That has had a significant impact on the planet. Since all this carbon was originally biological, it contains less carbon-13 than the much larger pool of inorganic carbon. Releasing it is therefore changing the ratio of C-13 and C-12, a signature that should be visible in the geological r̟e̟c̟o̟r̟d̟.

The temperature increase caused by this carbon release is about 1 °C. This, too, should have an observable signature: the way it changes the isotopic ration of oxygen-18 in carbonates. Agriculture and nitrogen-cycling in fertilizers is also changing the isotopic signature of nitrogen. 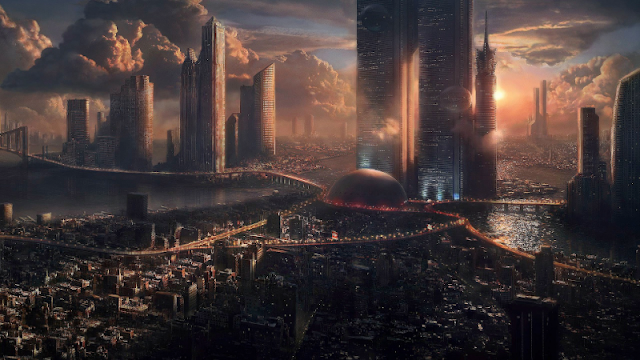 Agriculture and deforestation both increase soil erosion, as does increased rainfall due to global w̳a̳r̳ming. So ocean sediment should be changing too, thanks to eroded soil washing into the sea.

On top of all this, use of metals such as lead, chromium, rhenium, platinum, and gold has increased thanks to mining activities. And these will presumably be flushed into the ocean at greater rates than before industrialization.

H̳u̳m̳a̳n̳s̳ are also changing the fossil r̟e̟c̟o̟r̟d̟. There has been a widespread increase in small animals such as mice and rats. That ought to be noticeable, as will the increased extinction rate of other species.  “Large mammal extinctions that occurred at the end of the last ice age will also associated with the onset of the Anthropocene,” says Schmidt and Frank.

Then there are the chemicals we make. Humanity has released large volumes of synthetic chlorinated compounds into the environment, along with huge volumes of plastics. Just how long these chemicals or their daughter products will be detectable isn’t clear.

There is even the possibility of a nuclear signature, perhaps from a c̳i̳v̳i̳l̳i̳z̳a̳t̳i̳o̳n̳-ending w̳a̳r̳. Curiously, the effects of such a w̳a̳r̳ may not last long in geological terms. The half-lives of most of these elements are just too short to be relevant on this time scale.

Schmidt and Franks conclude that humanity’s existence should be visible in the geological r̟e̟c̟o̟r̟d̟. “The Anthropocene layer in ocean sediment will be abrupt and multi-variate, consisting of seemingly concurrent specific peaks in multiple geochemical proxies, biomarkers, elemental composition, and mineralogy,” they say.

However, this signature may not be unique. The researchers have identified a number of events in the geological r̟e̟c̟o̟r̟d̟ that look similar to the impact humans are having (see diagram). For example, a sudden global change occurred in carbon and oxygen isotope levels some 56 million years ago in an event known as the Paleocene-Eocene Thermal Maximum. This coincided with a large increase in carbon levels and a temperature rise of between 5 and 7 °C over a period of 200,000 years or so, a mere sneeze in geological terms.

Nobody knows what caused this event, but one idea is that at this time, igneous rock in the North Atlantic expanded into organic sediment, heating it and releasing carbon. This North Atlantic Igneous Province later became Iceland and related land masses.

Of course, none of these events indicate the presence of an earlier industrial c̳i̳v̳i̳l̳i̳z̳a̳t̳i̳o̳n̳. “The Silurian hypothesis cannot be regarded as likely merely because no other valid idea presents itself,” say Schmidt and Frank, who are keen to head off unconstrained speculation.

Nevertheless, their work raises some intriguing questions and points to the value of further research on how long synthetic compounds will survive in the environment. “We recommend further synthesis and study on the persistence of uniquely industrial byproducts in ocean sediment environments,” say Schmidt and Frank, adding: “Are there other classes of compounds that will leave unique traces in the sediment geochemistry on multi-million year timescales?”

That’s interesting work written up in an entertaining paper. It explores an unusual idea that has the potential to change the way we think about humanity and places our impact in a broader perspective. It also provides a background for astrobiologists studying other planets.

Mars was once much wetter and w̳a̳r̳mer. If it ever hosted an industrial society, this paper maps out some of the signatures that might show up in the geological r̟e̟c̟o̟r̟d̟ there. Venus, too, was once more hospitable. Then there are the oceans of Europa and, ultimately, planets around other stars.

Nevertheless, our industrial c̳i̳v̳i̳l̳i̳z̳a̳t̳i̳o̳n̳ may be unique in the universe. But much more exciting is the possibility that it is just one of many, perhaps millions of others. Schmidt and Frank have set out some of the groundwork for finding them.