This was just sent to me yesterday, it’s a new UFO sighting – which hasn’t been seen before by anyone.

The date this happened was on July 18th, 2020 at 7:22pm and we’re seeing a metallic silver sphere UFO been filmed by a guy while a Police helicopter is flying past. 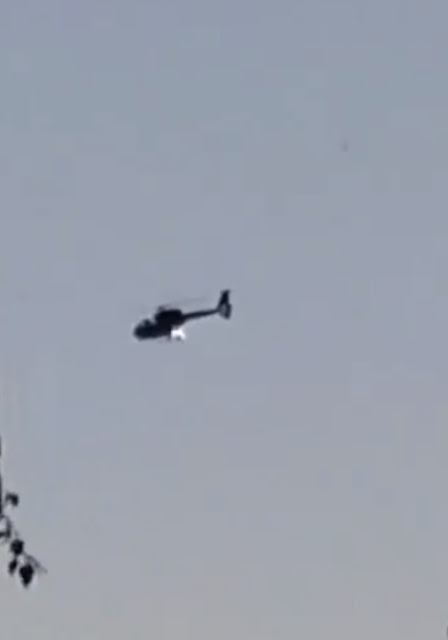 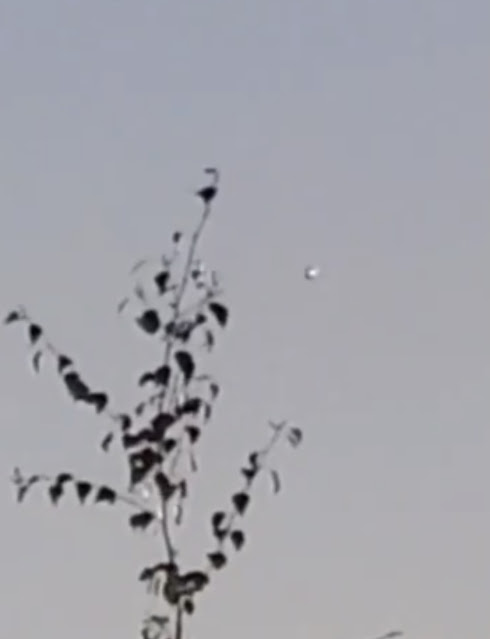 Here’s the extraordinary screenshots showing the silver metallic UFO been circled it appears, by a Police helicopter in 2020.

A lot of what if’s but something has to be correct? The more we guess the more we narrow it down, we just don’t know which one’s the answer?

That’s not a bad thought but the one thing that won’t lie about this or cover it up is the video itself. That’s why I’ve always said that because it’s common sense. Even if we had a freedom of information request in the works for the day in question about any calls from south side of San Jose CA USA, could we really rely on whatever it might dig up?

Can we ever rely on a process that we know in the past (unfortunately) hasn’t always been transparent and forthright? It’s a gamble, it’s a pure chance which it shouldn’t be because it’s a legitimate process but because it’s controlled by humans it’s open to abuse which in turn makes it an unreliable source of information.

Like I’ve already mentioned, it’s not always been forthright and honest but like anything there’s always something worth while and something worth saving. It’s just not today! I won’t be asking for the information because I like to rely on the one thing I know works well which is my eyes and my judgement.

We’ve got the video, a government official ain’t gonna change anything about this, right? Thank you for the UAP disclosure (UFO by the way) but jog on!

Did the Police send a helicopter to investigate the metallic silver sphere UFO over south side of San Jose CA USA on July 18th 2020?

If not then it’s literally back to the drawing board. Unless there’s someone reading this and they too just like Rick (CoyoteTrek Instagram channel) because then it’s a multiple eye witness UFO sighting with a timeline.

So if you saw this too on July 18th 2020 on or around 7:22pm on the south side of San Jose, please leave your thoughts and opinions in the comments section below, cheers.

Here’s the Instagram video which was uploaded to UFO Sighting’s Footage channel:

If you know anyone who would appreciate this, please share it with them, thanks. Also share your thoughts and opinions on this in the comments section below, cheers.