In a picture of the surface of Mars from a NASA spacecraft, the U̳F̳O̳logist noticed the outlines of a huge disc-shaped object that probably crashed when it collided with the planet’s surface.
The mysterious object, about 15 meters in size, is partially buried under the Martian soil. 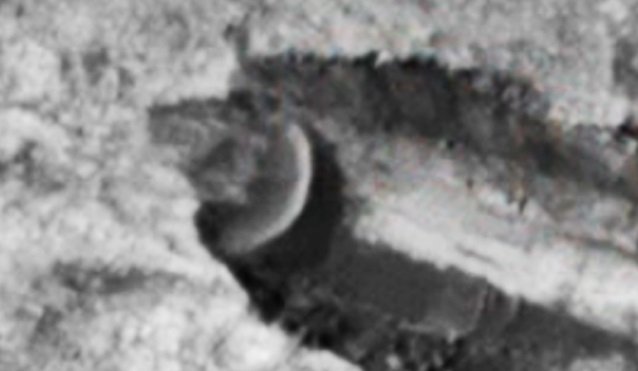 This, according to the U̳F̳O̳logist, suggests that the U̳F̳O̳ before the collision had a high speed, so the pilot of the apparatus tried to slow down its movement on the surface of the planet.

The U̳F̳O̳logist believes that even before the fall, the U̳F̳O̳ was badly damaged, since its pilot had no choice but to make an emergency landing.

The researcher draws attention to the fact that even a̳l̳i̳e̳n̳ ships have their drawbacks.