The following is the story of the Denver Spiderman, Theodore Coneys, possibly one of the more bizarre and creepy events of Denver’s haunted history…

On a September evening in 1941, Philip Peters was walking home when he bumped into an old acquaintance. The 59-year-old Theodore Coneys excused himself although it was no accident that they had ran into each other. Coneys, down on his luck, without a penny to his name had every intention of meeting Peters on that evening to ask him for money.
Unfortunately, while Peters was independently wealthy his money had been running out as he cared for his ailing wife who, most recently, had been hospitalized two weeks prior due to a broken hip. Peters respectfully declined to Theodore and went on his way, Coneys, however, was not done, not ready to starve on the streets.

So he kept an eye on Peters’ house and watched him come and go. As Theodore noted Mr. Peters schedule he found a time where Philip had forgotten to lock the door and at this point he went inside and out of the increasingly cold elements.

In the house, he found food and shelter and even had time to explore the house to find a hidden entrance inside a closet that led into the attic. Realizing that he could remain quite hidden from Philip Peters, Theodore Coneys took up residence in the small attic space sneaking down at night for food and water.

One night Coneys had come out of the attic thinking Peters to be at the hospital visiting with his wife although unbeknown to Theodore, Peters had only taken a nap. Coneys snuck out of the attic and slid down to the kitchen taking only minimal care as not to be heard. 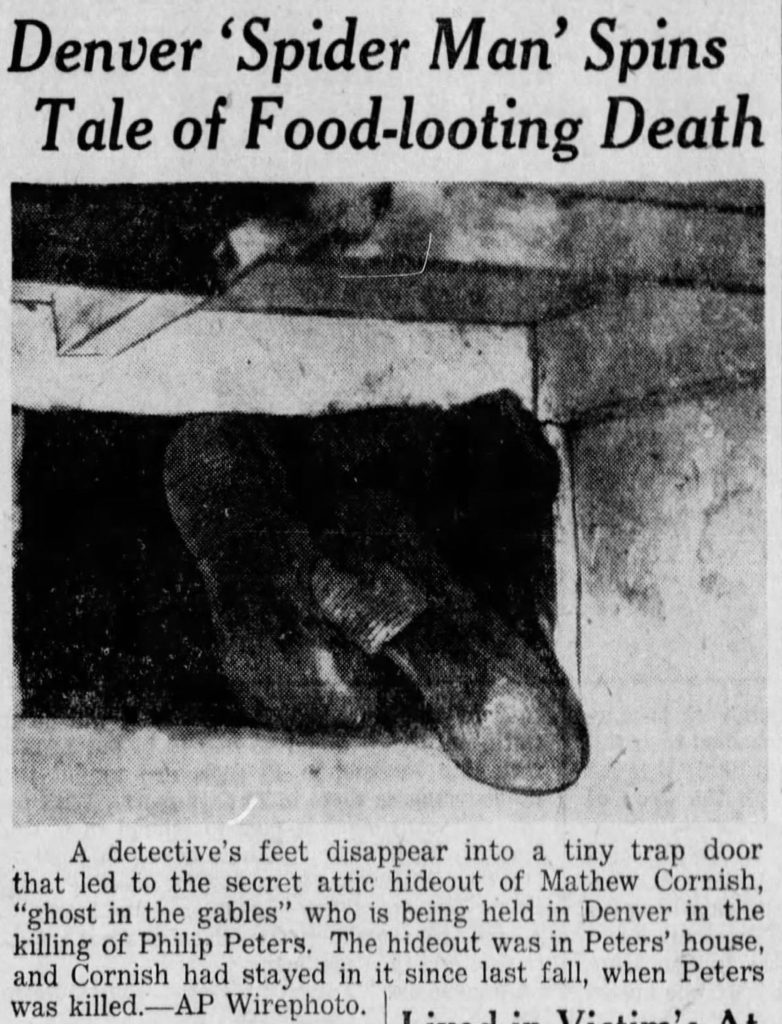 The noises awoke Philip who went downstairs to investigate although this would prove to be fatal. Startled and caught Theodore Coneys grabbed the nearest object, a cast iron, and bludgeoned Mr. Peters to de̳a̳t̳h̳.

Curious neighbors, noting Peters’ unusual absence came to the house to check in and found the doors locked. After a call to the police the body of Mr. Peters was found bloodied and quite deceased. Investigating and finding no signs of forced entry the police labeled it a closed case.

Meanwhile, Mrs. Peters had ended her stay at the hospital and had returned home in the wake of her husband’s de̳a̳t̳h̳. At night Mrs. Peters and her housekeeper would hear noises and see shadows, and making frequent phone calls to the authorities.

When the police would come to examine the house they searched inside and out noting the small hole in the closet but determining that no normal-sized adult could possibly fit there and did no further probing. 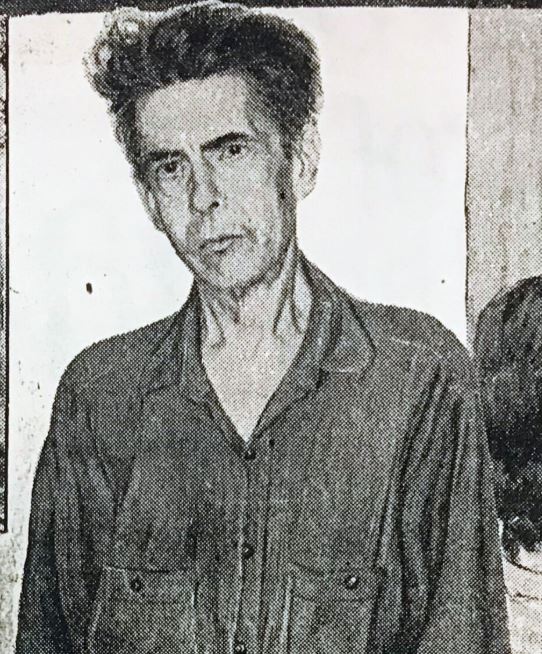 Months went by and more phone calls were made; the police stopped responding believing Mrs. Peters to be crazy. So bad, she thought it was, that she simply left with her housekeeper. The rumors that the house was haunted began to arise, kids would dare each other to go in but none ever would because from the streets they could see the shadows moving and hear the noises coming from inside.

It wasn’t until July 30, 1942 that the police on a routine patrol happened to catch movement from inside the house. Upon entering they heard footsteps running away, as they followed they heard a “click” as the latch to the attic entrance was unlocked.

The police followed upstairs and saw Coneys’ legs just outside of the hole and grabbing onto it the officer pulled back and an emaciated and crazed Coneys fell on the floor. Small and frail he was unable to fight.

Coneys admitted to the crime and explained in gruesome detail how it had happened. He was tried and convicted and sentenced to a life term in the Colorado State Penitentiary in Canon City, Colorado where he died on May 16, 1967. Local newspapers had dubbed him the “Denver Spider Man of Moncrieff Place.”