In Iran, strange humanoids were found!

Out in the desert wastelands of the the Lut Desert, in the Shahdad region of South Khorasan Province, Iran, is a tiny village known as Makhunik. In the present day it looks very much like any other village in the sparsely inhabited region, and on the surface there might not seem anything strange or remarkable about this place at all, yet looking around you will find elements of Neolithic architecture and tunnels hinting at the area’s A̳n̳c̳i̳e̳n̳t̳ past, and indeed lying under this modern village lies something far more A̳n̳c̳i̳e̳n̳t̳ and mysterious. 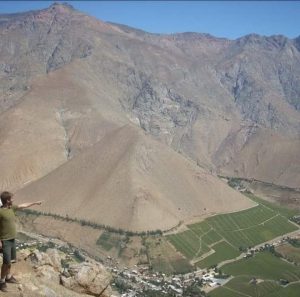 More intriguing still is the fact that the A̳n̳c̳i̳e̳n̳t̳ structures here, which are still used, all seem to have been built for residents much smaller than modern human beings, possibly constructed by a long lost race of little people and earning this mysterious place the nickname Shahr-e Kotouleha, or the “City of Dwarves.” 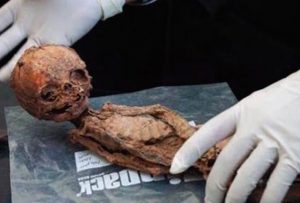 The A̳n̳c̳i̳e̳n̳t̳ city itself had long remained buried and forgotten in the desert for millennia before being unearthed in the 1940s by baffled archeologists who had until then not thought that any civilization had ever called this bleak, forbidding landscape home. The site, believed to date to at least the 4th millennium BC, generated a lot of attention at the time and was considered a major archeological discovery, and when the it was more thoroughly examined beginning from 1948 it was found to be even stranger still. Many of the artifacts, tools, and furnaces here, as well as the height of doorways or ceilings and the width of tunnels, and the numerous stone and clay houses were all found to have been made specifically for inhabitants estimated to have averaged only around 3 to 4 feet in height, a veritable real life race of dwarves, although no one knows who they were or why they should have been of such diminutive stature. 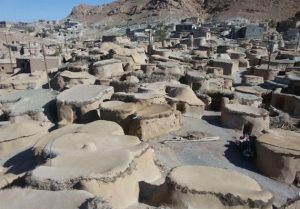 Adding to this mystery even further was that this A̳n̳c̳i̳e̳n̳t̳ civilization was found to have suddenly and inexplicably abandoned the city sometime in the beginning of the 3rd millennium BC, for reasons that are still unclear. The only thing that can be said about this mass exodus is that it was very sudden, with belongings abandoned and left behind, and with some of the doorways oddly intentionally sealed and covered with mud. Although it is speculated that these A̳n̳c̳i̳e̳n̳t̳ people left due to severe drought, and that had planned to return, it is still largely unclear as to why they fled in such large numbers. The Iran Daily has said of the odd city: 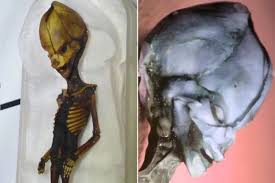 A significant aspect about Shahdad is the strange architecture of the houses, alleys and equipment discovered. The walls, ceiling, furnaces, shelves and all the equipment could only be used by dwarfs. After a lapse of 5,000 years since the departure of dwarfs from the city, a large swathe of this prehistoric region lies buried in soil and the migration of Shahdad’s dwarfs remains clouded in mystery. 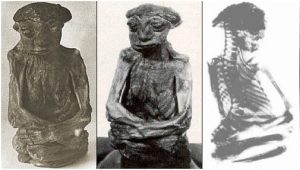 Of course the idea of a mysterious A̳n̳c̳i̳e̳n̳t̳ lost vanished race of little people out in the desert is an alluring one, and it has sparked all manner of wild speculation as to who these people were, such as that they were merely stunted in growth due to nutritional or environmental factors, or that they were another race of miniature humans or even a̳l̳i̳e̳n̳s. More skeptical archeologists have been quick to point out that such rumors have been blown out of proportion, that the low ceilings of the dwellings were possibly caused by natural factors that caused them to become lower over the millennia, and the low heights of these mysterious residents exaggerated. One skeptical Iranian archeologist with the Cultural Heritage and Tourism Organization of Kerman province has said of the site:

We cannot say for sure that the region of its discovery in Kerman province was the city of dwarfs. This is a very old region, which has been buried due to geographical changes. Besides technology was not so developed at that time so people may not have been able to build high walls for their houses. 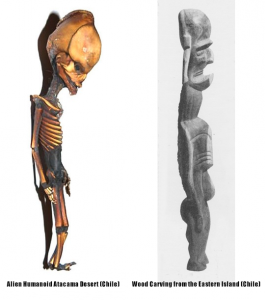 The debate as to who or what these miniature people were, or if they ever really existed at all, still rages, and in the end it has remained an unsolved mystery, made worse by the fact that no bodies of the dwarfs have ever been found. However, in August of 2005 the discussion and debate on the Dwarf City of Makhunik received more fuel for the fire when what appeared to be the mummified body of a strange individual measuring only 25 centimeters in length was found here. Initial analysis would show that the remains seemed to be those of someone who had been an estimated 16 to 17 years old at the time of de̳a̳t̳h̳, making is quite a puzzling find indeed. 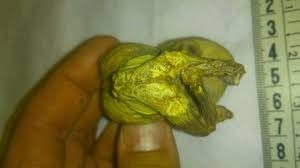 The discovery of this mysterious corpse took the media by storm, and was widely held up as proof of an A̳n̳c̳i̳e̳n̳t̳ lost race of little people in the region. After years of only 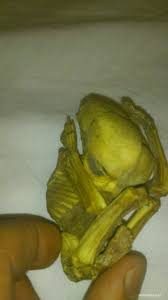 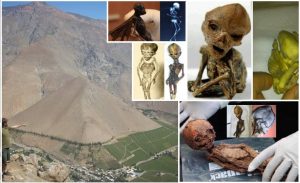 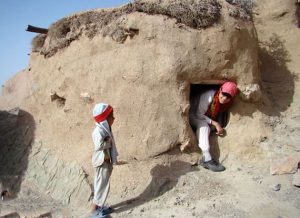