And while in our contemporary era the reactions to such revelations can be anywhere from mocking and ridicule on the one hand to being the subject of a serious investigation to your claims on the other, hundreds of years ago such claims would almost certainly draw accusations of satanism, Devil worship, and witchcraft. And what’s more, it would appear they often did.

While there are several cases that could perhaps be examined and interpreted in such a way, one of the most intriguing occurred in Scotland toward the end of the 17th century. It features the apparent confessions of a respected former military officer of the Scottish army, who along with his sister, seemingly sealed their own fate with claims of strange creatures, “fiery coaches” and bizarre walking sticks.

If the following account is one of misunderstood a̳l̳i̳e̳n̳ abduction, possibly even by those claiming to have experienced the strange incidents, then it should alert us to the fact that this can’t have been the only such account of the times. It is perhaps the case that many other similar accounts can be found elsewhere in other official records of the past.

The account we will examine here comes to us from the writing of Charles McKay in his 1841 publication Memoirs of Extraordinary Popular Delusions and the Madness of Crowds. We have, of course, put our own speculation around the account.

The Bizarre (And Fatal) Sickbed Confessions Of Major Thomas Weir

The case we will examine here is that Major Thomas Weir a one-time respected Scottish soldier and commander of the Edinburgh Town Guard, who upon his sickbed in early 1670 apparently confessed to the Lord Provost some obscure and bizarre activities, not least an apparent practicing interest in the occult. What’s more these activities involved his sister, Jean Weir.

Perhaps the most intriguing aspect of these confessions came when Jean herself appeared to break down and tell of a lifetime of strange occurrences. Most interesting to us here as far as U̳F̳O̳s go is how a mysterious stranger arrived seemingly out of nowhere in a “fiery coach” to take her brother away. During this bizarre journey, said to have occurred in 1648, this strange entity would impart “supernatural intelligence”, mainly in relation to a battle taking place at Worcester that very day, a battle the Scots lost. 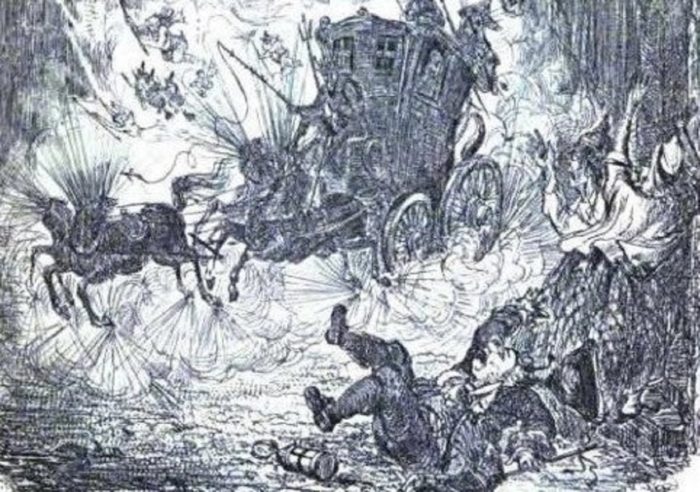 We should perhaps pause here to examine the wording of “fiery coach”. Anyone with half an interest in the A̳n̳c̳i̳e̳n̳t̳ astronaut theory will be familiar with terms such as “fiery chariots” or “chariots of fire” and how many perceive these descriptions to be of a nuts-and-bolts, metallic, futuristic craft. Might this be the case here – if we assume Jean Weir was being truthful of the account – that the fiery coach was a craft that we would call today, a U̳F̳O̳.

And even stranger, the fact that her brother was “taken away” during this sudden appearance also has all the hallmarks of an a̳l̳i̳e̳n̳ abduction encounter. However, it would appear that whatever the truth of the matter, this incident seemingly set off a chain of events that would eventually lead to the confession of the Weirs to activities that would result in nothing less than their execution.

While the confession was not taken seriously at first, in part due to the noble standing Weir enjoyed but also due to the suspicion he was suffering senility, following the bizarre confessions of Jean both were arrested and tried for witchcraft. They were ultimately found guilty, although it is perhaps worth taking note – and certainly an indicator of the hypocritical times – while his sister was found guilty of witchcraft, he was found guilty on the “lesser” charges of incest and bestiality.

While awaiting execution (in different locations), however, further details would come out. These would revolve around, as the charges above suggest, incest with his sister, and consorting with strange creatures, one of whom was the Devil himself, who would often disguise himself as an old woman. 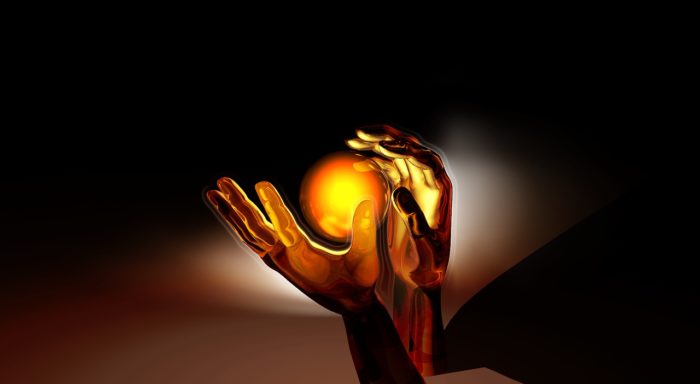 This description is also of interest to us here. Was the “old woman” the same demonic hag experienced by many who suffer from sleep paralysis, a condition often associated with cases of a̳l̳i̳e̳n̳ abduction, rightly or wrongly. Or might it be that the “old woman” was actually something we might recognize as a grey a̳l̳i̳e̳n̳ today? Might an old woman have been the best way Weir could describe it, especially if he suspected occultism to be at the heart of these strange sightings?

What’s more, a walking stick which Weir would carry with him (which had a strange carved head as its topping), was regarded as an item of distrust and wickedness. So much so, that many townsfolk would later spread the rumors of seeing the walking stick moving of its own accord in front of the major.

While it is again speculation on our part here, might it be that this walking stick – if it did have some kind of strange power – was not magic but a technical device?

It is also interesting to examine the final moments and words of Major Weir. As he was taken to the location of his execution, he was urged to repent his sins and beg God for forgiveness. However, both he, as would his sister the following day, would refuse to repent. Major Thomas’s apparent last words were that he had “lived as a beast and must die as a beast!”

This is perhaps an interesting development. If we believe that the Weirs were so guilt ridden and so fearful of what might await them in the afterlife, then repentance would have been the first thing they would have done, regardless if it would do little to avert their brutal fate.

While Major Weir was garroted and then burnt at the stake, his sister Jean was hanged the following day before also burnt at the stake. A final twist in the whole macabre affair was that the stick with the carved head was thrown into the flames after Weir. Witnesses would state that it appeared to “turn” strangely in the flames. 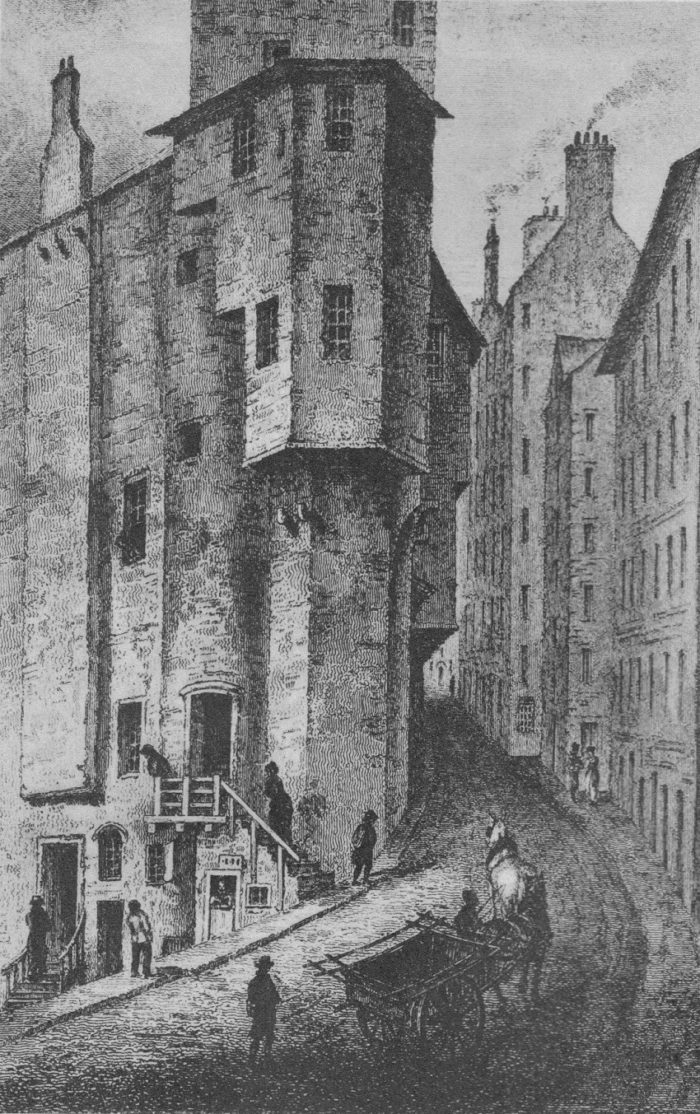 In the years that followed, Weir’s one-time home had claims of being haunted and of general strange activity. In fact, so convinced were most of these bizarre and otherworldly happenings in the property that it would remain virtually abandoned for over a century. It was eventually purchased in 1780 by a former soldier, William Patullo. However, he and his wife would flee the property after one evening after experiencing strange activity in their bedroom with the sudden appearance of a bizarre calf heading toward them.

The house would then remain empty for another half a century before being demolished in 1830.

A Bizarre Lifetime Of Occurrences With No Apparent Regret

Just what did happen during the lifetime of Major Thomas Weir and his sister, Jean, will remain a mystery. Was it merely a case of the Weirs falling foul of the moral expectations of the times and the brutal justice of the Church, whose own influence over the justice system at the time, while diminishing was still strong? Or is this a case of repeated a̳l̳i̳e̳n̳ abductions over several decades? Abductions that might very well have disturbed both of their minds to the degree where they would attempt to make reason of the happenings using the logic of the times.

What should we make of both of the Weirs’ refusal to repent? Had they simply lost their faith in God? Had they come to accept and understand the true nature of the strange visitations? Or might they have genuinely believed the strange happenings to be the work of the Devil? Was the interest in the occult also genuine for which the siblings expressed no regret?

There is little doubt if we or others were to search through the records and writings of the centuries that we would find other such cases that could very well be those of a̳l̳i̳e̳n̳ visitation. Perhaps the whole subject of witchcraft – at least as it was perceived in the past – and connections to U̳F̳O̳ sightings and a̳l̳i̳e̳n̳ abduction is worthy of our time a little more in-depth in a future article. If we accept the reasoned chance that different aspects of the paranormal likely share the same truth, then it would make sense that such fields of interest as the occult and witchcraft would also share those truths.

Check out the video below. It looks at potential connections between witchcraft and the U̳F̳O̳ and a̳l̳i̳e̳n̳ question.