There are many videos and photographs of UFOs on the Internet, and some of them have credibility. But there is one photograph sent to the UK defense ministry, the MoD, which is considered to be the most spectacular UFO photo although somehow, it has disappeared. The photograph contains a 100-feet diamond-shaped flying saucer, hovering over a village named Calvine in the Scottish Highlands. The photo was taken in 1990.

Nick Pope worked for the British Ministry of Defence (MoD) for 21 years. From 1991 to 1994, he was the head of the MoD’s UFO project. He said that during his time in the MoD, he came across several credible UFO cases. One such case involves the photograph from Calvine Incident. The story of how the photograph reached the MoD’s office is phenomenal. Mr. Pope said that when he began his investigation into UFOs in 1991, it led him to a poster, hanging on the wall near his desk. The poster was an enlarged-colored photograph of the UFO from the Calvine Incident.

“The X-Files first aired in the UK in 1994 and I acquired the same nickname (Spooky) as Fox Mulder, for obvious reasons,” Nick continues. “Mulder famously had his ‘I want to believe’ UFO poster on his office wall and though uncaptioned, I suppose this was my equivalent.”

Most of the UFO photos are either fake, blurry, or just a small dot in the sky, but this particular photo was clear and taken in broad daylight. According to Mr. Pope, the photograph contained an 80 feet diamond-shaped craft with a military jet in the background. 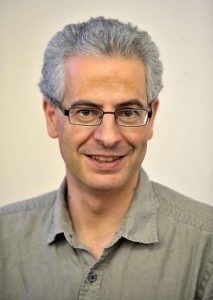 Former British MoD employee, Nick Pope who headed the UFO desk from 1991 to 1994

Two unnamed hikers from the Perthshire region allegedly took the photo of a large UFO while walking near the village of Calvine on August 4, 1990. They saw the object hovering over the village without any noise. It stayed there for some time and then ascended vertically up in the sky with a “massive speed” and disappeared. The witnesses sent the alleged photograph to the local newspaper and from there, it got to the MoD that later took the authority of it. Besides, during the incident, the hikers saw an RAF fighter jet flying near the UFO, but it is not determined whether it was escorting the craft or appeared there coincidently.

“The photos were then sent to the Defence Intelligence Staff (DIS) who then sent them on to imagery analysts at JARIC (Joint Air Reconnaissance Intelligence Centre). Yet at the time, the MoD hadn’t even publicly acknowledged that there was any intelligence interest in UFOs at all,” Mr. Pope explained.

According to Mr. Pope, the MoD had a great interest in the UFO sightings, but they were merely interested in the origin of these strange crafts. They were looking for the technology behind the crafts.

Interestingly, the photo disappeared without any trace when the UFO investigators questioned the MoD whether Americans were testing secret prototype aircraft in the area. Mr. Pope asked the US if the craft belonged to them but they refused to admit it. 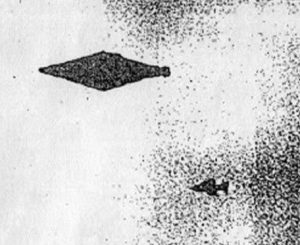 Another illustration of the Calvine incident

According to a 30-year rule in the UK, the MoD was supposed to release a secret UFO dossier on January 1, 2021, but the UK government banned the release for another 50 years. This secret file is said to contain the infamous UFO photo from the Calvine incident. Now it is set to be released on January 1, 2072.

The UFO hunters got frustrated after this decision. They said that by the time the file releases, the witnesses will be already dead. What’s more, the names and contact details of the hikers were removed from the file.

Mr. Pope suggested that the US government should take the initiative and release the photo because the US officials who were involved in Advanced Aerospace Threat Identification Program (the unclassified program by the United States Government to study UFOs) knew about the Calvine incident.

Tags: Mystery of Britain’s Clearest UFO Photo From Calvine Incident Will Be Solved In 2072