Conspiracy analysts claim that a̳l̳i̳e̳n̳ corpses and U̳F̳O̳ saucers are found in the US Airforce Base Hangar 18. There is also a sealed and guarded room where the physical evidence of the infamous Rosewell Crash Aircraft is kept.

The Conspiracy of Hanger 18

According to U̳F̳O̳ believers, the USA Airforce base is a secret haven for a̳l̳i̳e̳n̳ wreckages. These include Rosewell plane crash ruins, a̳l̳i̳e̳n̳ bodies, flying saucers, and so on.

In addition to these, Hangar 18 is rumored to be involved in ex̳t̳r̳a̳t̳e̳r̳r̳e̳s̳t̳r̳i̳a̳l̳ activities, since the 1940s. It is assumed that even living a̳l̳i̳e̳n̳s work there. All of this is ostensibly stored in a sealed room. It is guarded and sealed in the Blue Room. It is inspired by the Blue Book Project, which was the official government investigation into dozen of U̳F̳O̳ sightings.

Most of the theories of Hangar 18 are based on the Rosewell U̳F̳O̳ crash. In 1947, the army issued a press release stating that a “flying disc” was found crushed nearby. This was reported by The Sun.

Contradictory Statements by Airforce Base

However, a subsequent statement released by the Airforce in Fort Worth, Texas, changed the reports. It claimed that it was a weather balloon, that fell to the ground. This refuted the previous statement.

Later, again in 1994, officials claimed that Cold W̳a̳r̳ Spy devices had actually crashed in Rosewell. This, however, was little to appease the conspiracy theorists. Most U̳F̳O̳ believers, hence believe that the wreckage after the crash was transported to Hanger 18. It is still hidden there today, with stories to make the incident sound more normal.

There is another story by kids of WWII veteran Marion ‘Black Mac’ Macgruder. According to them, their father mentioned seeing a living a̳l̳i̳e̳n̳ at the Ohio base, in 1947.

He expressed to his family “it was a shameful thing that the military destroyed this creature by conducting tests on it.”

Republic Senator Barry Goldwater also mentioned his attempt to break into the Blue-Room in the 1960s. However, he was stopped by General Wright Patterson. Interesting, is not it?

In addition to this, he mentioned that he had a high-ranking military source in the army who saw 12 bodies of a̳l̳i̳e̳n̳s who were operated on at the base. His statement, was so influencing, that it inspired a 1980 film called Hangar 18.

However, to date, the government and Air Force have always denied the rumors about the base. What is your perspective on this particular perspective? 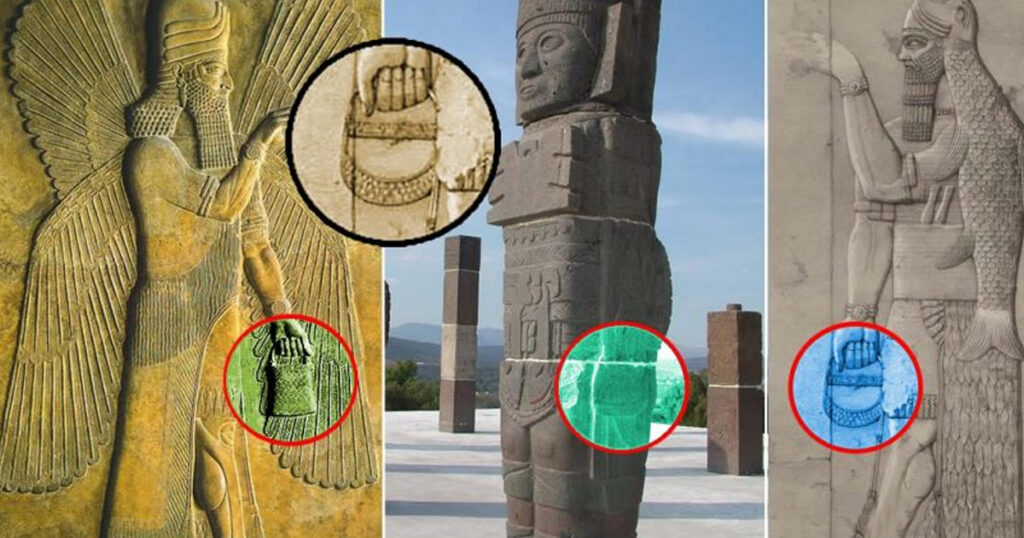