Kenneth A. Arnold was an American aviator and businessman, best known for being regarded as the author of the first widely publicized report of an unidentified flying object sighting in the United States, after claiming to have seen nine unusual aerial objects flying in formation near Mount Rainier, in Washington, on June 24, 1947. 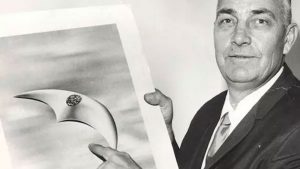 Arnold was a skilled and experienced pilot with over 9,000 hours of flight time, nearly half of which were on Mercy Flyer grouping search and rescue missions.

The story takes place when the pilot was helping in the search for a plane that had disappeared, that’s when the sighting occurred, at first fascinated by it, he swore the truth of the fact regardless of whether they believed it or not.

The report was made to the Chicago Daily Tribune: “The first thing I noticed was a series of flashes in my eyes as if a mirror was reflecting sunlight back to me…”.

In an autobiographical text, he wrote:

“I watched these objects with great interest, having never before seen planes fly so close to the tops of a mountain, flying directly from South to Southeast over the undulating ridgeline of a mountain range. I calculated that their altitude could have varied 1,000 feet up or down, but they were almost on my horizon line, which indicated that their altitude was approximately mine.

They flew, as I have often observed geese flying, in a sort of diagonal stream, as if they were linked together. They seemed to hold a definite course but swerved between the high peaks of the mountain. Its speed at the time did not particularly impress me, because I knew that our Army and our Air Force had high-speed planes.

What continued to bother me, as I watched them against the sun, was the fact that I couldn’t distinguish the tail of any of them, I’m sure any pilot would justify one more second look at such a plane.

I observed them very well, and I estimate my distance from them, which was almost at right angles, to be between 20 and 25 miles. He knew they must be very large to be able to make out their shapes at this distance, even on a day as clear as that Tuesday. (…)

The more I observed these objects, the more worried I became, as I was used and familiar with most objects that fly close to the ground or at higher altitudes. I watched the current of these objects pass another ridge, high and covered in snow, between Mount Rainier and Mount Adams, and at the same time that the first one passed through the summit on the south side of this mountain range, the last object passed through the summit on the north side of the mountain range.

As I was flying tow̳a̳r̳ds this same mountain, I measured it and found it to be approximately 5 miles long, so I could safely assume that the current from these saucer-shaped objects was at least 5 miles long. He could determine their course quite accurately, due to the fact that they were flanked by high ridges in front and even higher ridges behind.

As the last unit of this formation passed the high, snow-covered southern ridge of Mount Adams, I glanced at the minute hand which indicated that they had crossed that distance in 1min42sec. Even then, this timing didn’t worry me, as I was confident that after landing I would find some explanation for what I had seen.

Several journalists and experts suggested that I might have seen reflections or even mirages. This I know is absolutely false, as I observed these objects, not only through the window of my plane, but I turned my plane on its side, where I could open the window and observe them without any obstruction and without sunglasses.

I would give anything to have a camera that day, and from now on I will never walk without one, but to continue with my story, when I landed at Yakima Airport in Washington, I described what I had seen to my good friend, Al Baxter, who listened patiently, was very courteous, but in a playful way he didn’t believe me.

I didn’t exactly measure the distance between the two mountains until I landed in Pendleton, Oregon, that same day, where I told numerous friends of mine, who are pilots, what I had observed and they didn’t mock me or laugh, but suggested that could have been guided missiles or something new.” 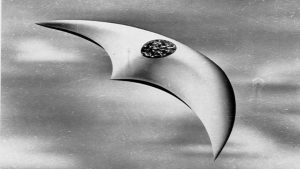 As the objects passed Mount Rainier, Arnold turned his plane south, on a roughly parallel course. Curious about the speed of the objects, he began to time their passage. According to him, the objects moved from Mount Rainier to Mount Adams, where they disappeared from view, at a distance of approximately 50 miles (80 km) in approximately 1:42 seconds, according to the clock on the instrument panel.

When he later had time to calculate, the speed exceeded 1,700 miles per hour (2,700 km/h). This was three times faster than any manned aircraft in 1947. Not knowing exactly how far the objects disappeared from view, Arnold conservatively and arbitrarily rounded the speed to 1,200 miles per hour (1,900 km/h), still, faster than any known aircraft, when the sound barrier had not yet been broken. It was this supersonic speed, plus the unusual description of the platter or disk, that seemed to capture people’s attention. 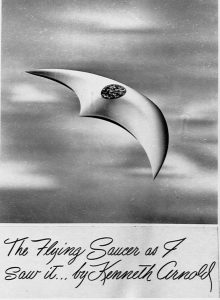 The US military tried to ignore Arnold’s sighting reports, but as the story grew, a meeting was held at the P̳e̳n̳t̳a̳g̳o̳n̳ on July 7, 1947, just days after the Roswell accident, with the decision to follow up on the saucer reports. flying. Later, Arnold received a request from Continental Air Command for an interview, where the results were included in Project Blue Book.

The term “flying saucer” was proposed by reporter Bill Bequette when disclosing the fact, although the pilot described the way the object flew similar to a saucer thrown through water, and not necessarily its shape, as the reporter interpreted during the interview. .

After seeing the U̳F̳O̳, Arnold became a minor celebrity and for approximately a decade and after that, he was relatively involved in interviews with others who had seen or came into contact with U̳F̳O̳s (most notably in the investigation of the claims of Samuel Eaton Thompson, one of the first people to have these contacts).

In 1952, co-authored with Ray Palmer, Arnold published a book entitled “The Coming of the Saucers” and over the years, he wrote several magazine articles about his U̳F̳O̳ sighting, in addition to his later research. 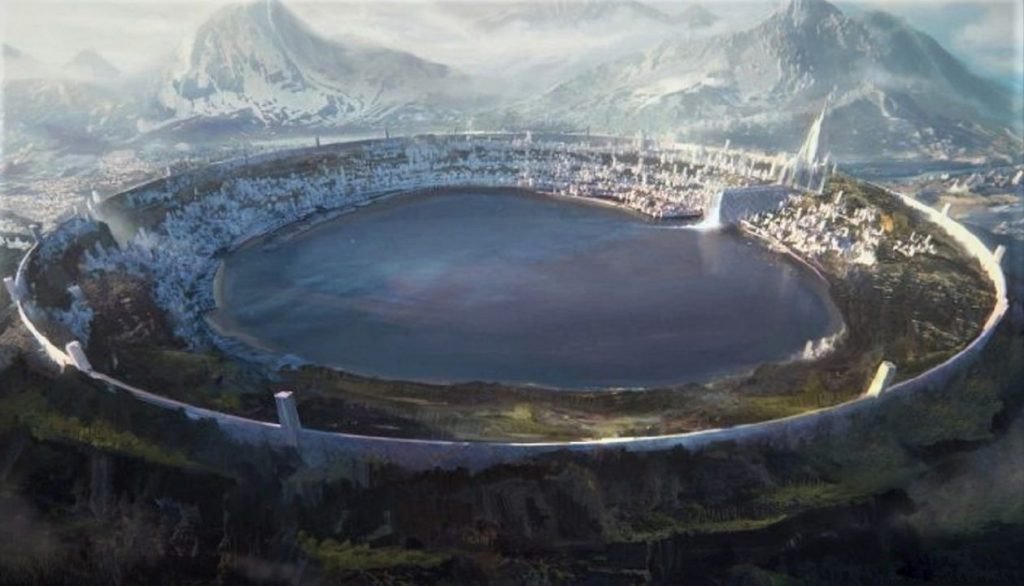 Video : The Book of A̳l̳i̳e̳n̳ Races Found If the K̾G̾B̾ Archives 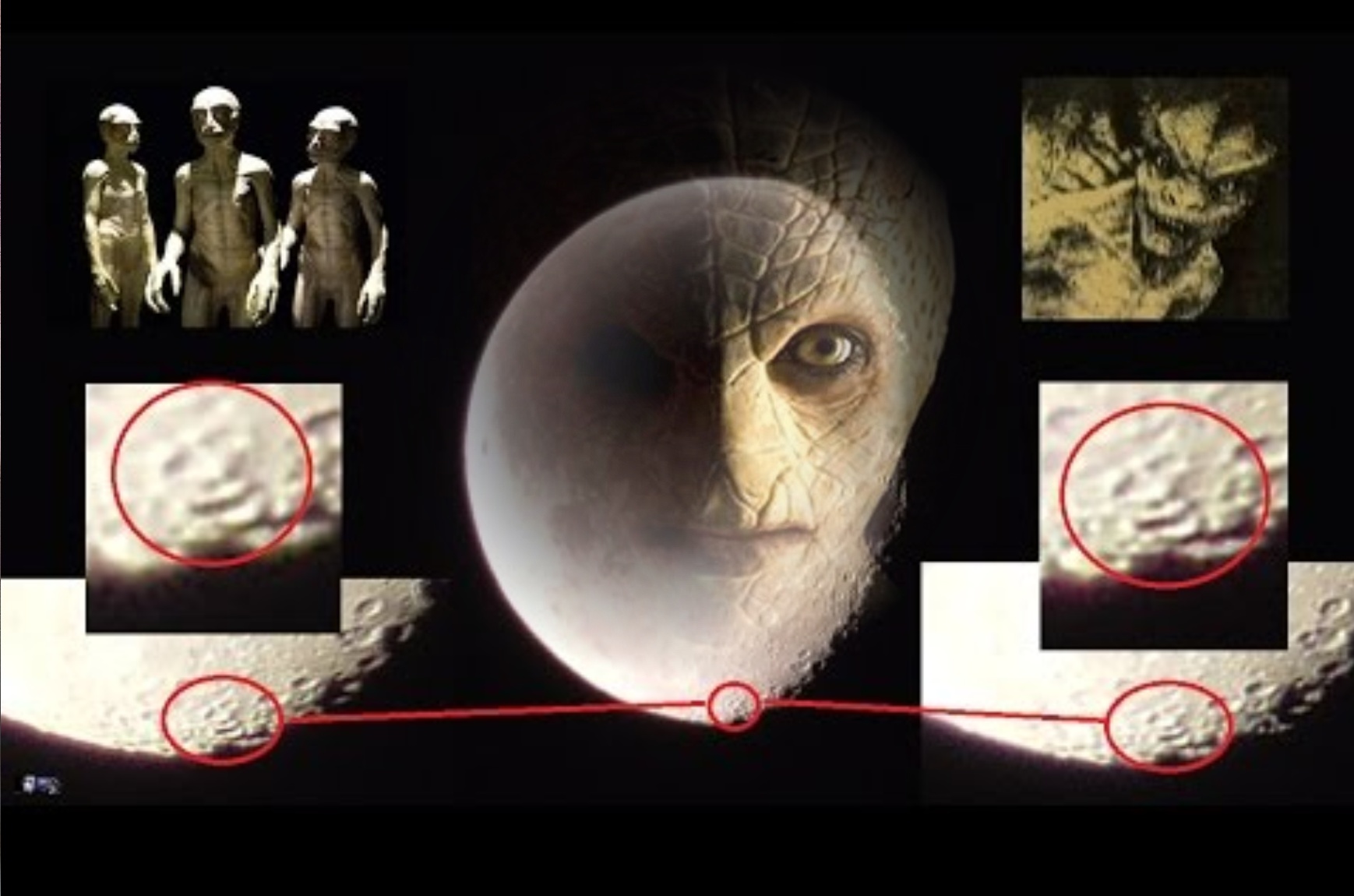