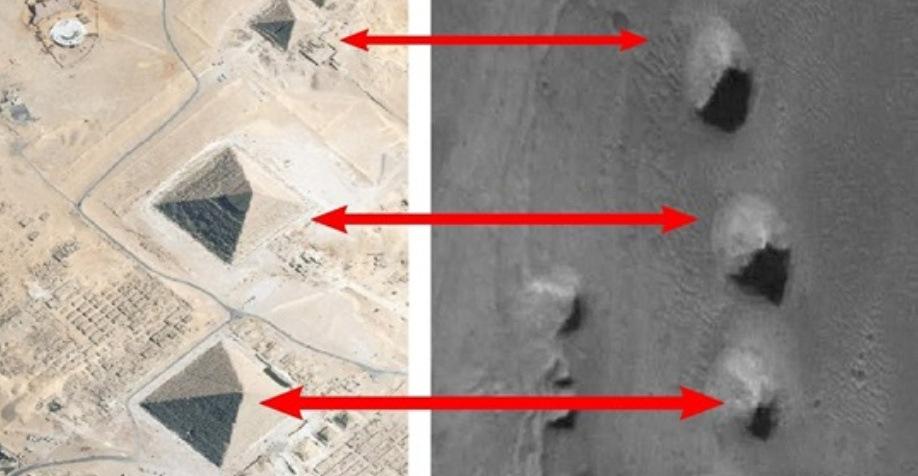 A̳l̳i̳e̳n̳ experts believe they have found an A̳n̳c̳i̳e̳n̳t̳ pyramid on Mars, citing NASA rover photos as their evidence. U̳F̳O̳ hunter and conspiracy theorist Scott C Waring believes the Red Planet once hosted advanced a̳l̳i̳e̳n̳ civilisations. In his latest bizarre discovery, Mr Waring claims to have found evidence of a pyramid and two a̳l̳i̳e̳n̳ faces buried in the rusty sands of Mars. The discovery sparked some excitement from U̳F̳O̳ enthusiasts who believe it could be the real deal.

Mr Waring shared his discovery on his blog ET Data Base, saying: “I was looking through a Mars gigapan photo when I came across two big heads and maybe a third all near each other.

“Then in front of a head I saw a pyramid. The pyramid has four sides and perfectly balanced on each side.

“It has sunk into the sands over time and on one side of the pyramid is deep under the dirt, but we can still see its magnificent detail.”

The supposed a̳l̳i̳e̳n̳ pyramid can be seen in a panoramic Mars gigapan snapped by NASA’s Mars Curiosity rover.

The featured part of Mars is known as Elsie Mountain and the images were snapped on sols – Martian days – 364 and 349.

Directly behind the triangular rock and to its left are two boulders Mr Waring thinks are a̳l̳i̳e̳n̳ faces.

He said: “The faces are very primitive in design. One face has a helmet and two long ears sticking out, and a face with two eyes and a nose.

“The detail is poor, but who am I to judge what’s beautiful or not on their Martian culture.

“There is also another face to the far left. It has a helmet and ear, nose, eye, cheeks and mouth visible.”

In front of the rock, Mr Waring said is another a̳l̳i̳e̳n̳ face that looks unfinished.

He added: “Hmmm… kind of reminds me of how the A̳n̳c̳i̳e̳n̳t̳ Egyptians had faces on the sphinx and giant statues of their pharaohs.”

The U̳F̳O̳ hunter also shared his findings on YouTube where people debated the legitimacy of his claims.

But not everyone convinced by the NASA photos.

One sceptic said: “That looks like a photo taken in New Mexico with a Photoshop filter. Like the other Mars fake pictures.”

Another person said: “You are reaching a bit here to see what you want.”

It is likely there is a natural and perfectly ordinary explanation for Mr Waring’s claims – pareidolia.

Pareidolia is a tendency of the brain to see recognisable shapes and patterns where they do not exist.

Astronomer Larry Sessions wrote for EartSky.org: “Maybe you’ve seen the proverbial bunny in a patch of clouds, or a clown’s face in a mud splatter on the side of your car?

“It’s a form of apophenia, which is a more general term for the human tendency to seek patterns in random information.

“Everyone experiences it from time to time. Seeing the famous man in the moon is a classic example from astronomy.” 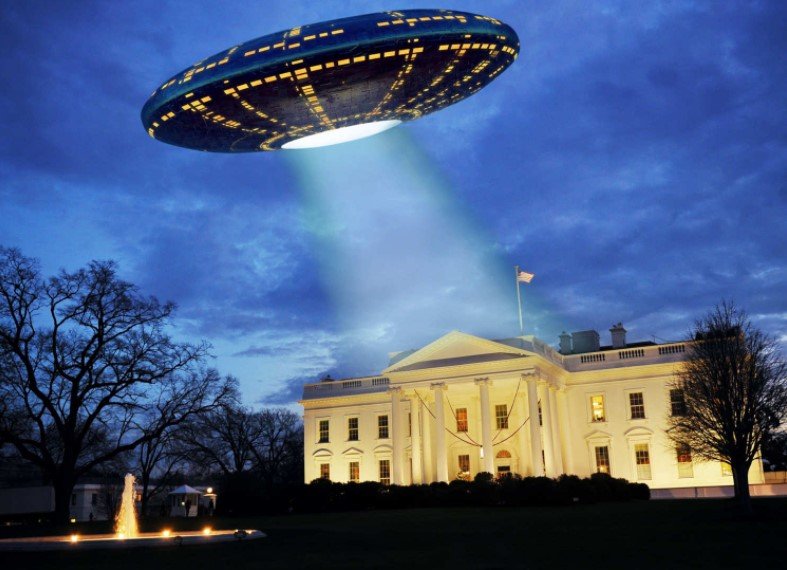 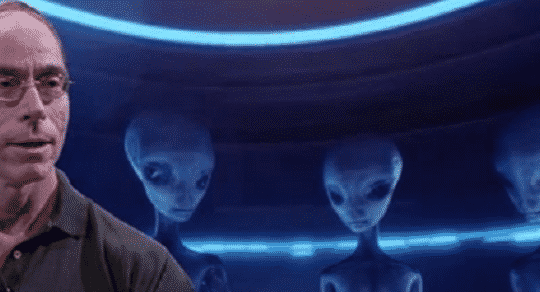