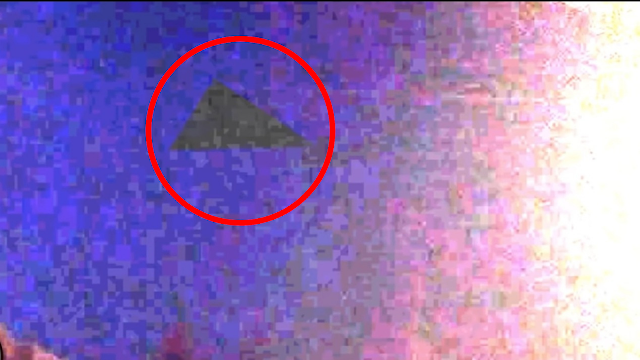 May 2nd 2015 from Walter Rand in Chicago, Illinois in The US got in touch with U̳F̳O̳ researchers and was actually fearing for his life because of what he had taken photos of.

In this day and age with everything that we hear about the Government getting up to no good, especially with black ops, secret agencies and plausible deniability agreements with shadow agents and shadow interrogation centers, secret prisons and people being held without trial for years. Sometimes in these justice systems that simply don’t exist people have come forward to tell of horrific human rights abuses by democratic Governments. Believe me these have had a huge exposé done which brought it all to light and the culture of secrecy had it’s lid blown off and the supposed “torment” inflicted upon citizens who had rights, at one time! Nothing surprises me anymore and believe me that it started just after 2001 “which is no surprise there” because these were the beginning years where everything that was held dear to a fair US democracy, like justice, democracy itself and human rights was allowed to be thrown out and put in the trashcan.

No wonder this guy’s scared, no wonder he feared for his life, look at what’s he’s photographed it’s a U̳F̳O̳? If it had to remain secret, and this guy knowing about it and the Government couldn’t take any chances that the information could get out…

No wonder Walter Rand was very concerned and worried about his own welfare.

So, when someone has photographic evidence of possible E̳x̳t̳r̳a̳t̳e̳r̳r̳e̳s̳t̳r̳i̳a̳l̳ spaceships on Earth and even though they was photographed in the public, it’s understandable that someone can become extremely anxious, nervous and it’s also understandable how they could mistrust the authorities knowing what they are capable of.

The guy in question is called Walter Rand and he lives in Chicago in Illinois where he was simply minding his own business and he saw something strange in the sky which was a black U̳F̳O̳ shaped like a triangle so he did what I’d 100 percent do as well, he photographed it. I’d probably video it and then not so much panic, but I’d definitely back it up 50 bazillion times and stash them everywhere lol. Come get me Mr MIB.

Okay this guy didn’t for real and I’ve never done this so my bravado hasn’t been put to the test so I’d say anything to make myself look great. But this guy  he lived it, he went through it and he’s not afraid to say that he was scared! That’s either a good ruse or it’s the truth and in any case, we have his testimony (described in the video below) and we have his actual U̳F̳O̳ evidence. I believe that u a US court of law they would have to accept this as a slam dunk, no brainer and a win, win, win testimonial…

So please, don’t take my word for it, hear him out in the video which Tyler Glockner from Secureteam10 reads out his statement in such a way that we must take this seriously, we must take into account that we’ve now got the US Government on board completely and UAP or U̳F̳O̳s are now a scientific fact. We need to revisit every single U̳F̳O̳ sighting filmed from the beginning because now that we know U̳F̳O̳s are real, we need to know for how long these sneaky little so and sons have been coming here to Earth and what the blazes have they been doing?

Here’s the extraordinary and amazing U̳F̳O̳ sighting uploaded to YouTube by Secureteam10, with Walter Rands statement and the name of the eye witness with all the evidence that you could ever want:

Tags: Guy Films Black Triangle UFO Over Chicago And Fears For His Life