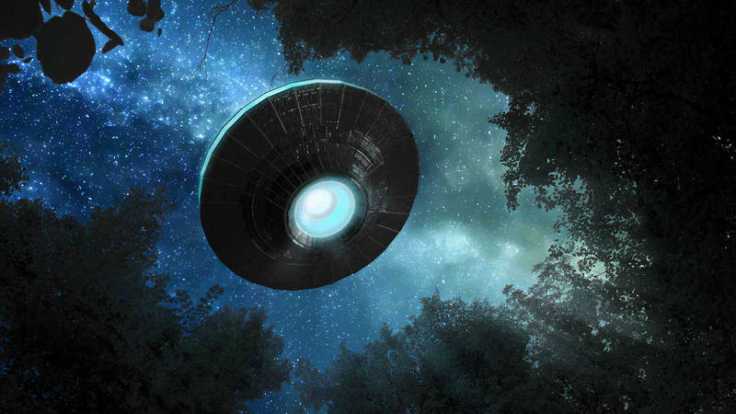 If you fancy a camping trip this summer, then why not spice things up a bit by camping in a haunted location or an a̳l̳i̳e̳n̳ zone. Camping in areas where U̳F̳O̳’s have been spotted is a thrilling experience, and who knows, you may wind up experiencing your very own close encounter of the third kind.

And what better time to ponder over the mysteries of the universe and the vast potential for a̳l̳i̳e̳n̳ life than while you’re on the open road!

There is no better place for an a̳l̳i̳e̳n̳ focused camping trip than the Nevada State Route 375, also known as the E̳x̳t̳r̳a̳t̳e̳r̳r̳e̳s̳t̳r̳i̳a̳l̳ Highway. It’s a vast and lonely 98 mile stretch of road that has had many reported U̳F̳O̳ sightings, hence the nickname.

Camping or RVing on this route will give you your best shot at an a̳l̳i̳e̳n̳ encounter but do be aware that spending long periods in a location such as this, far away from human civilization will increase your chances of an encounter with unexplained.

Quirky stops along the way

Once you’ve had your fill of a̳l̳i̳e̳n̳ patties, we mean beef burgers… You can take a look at the U̳F̳O̳-themed merchandise in the gift shop and have a chat with the staff about the different a̳l̳i̳e̳n̳ encounters that have been recorded on the road, and they can point you in the direction of the U̳F̳O̳ crash sites and the mysterious area 51.

Catch a glimpse of A̳r̳e̳a̳ 51

Visitors are of course limited on how close they can get to the infamous and highly classified area 51, besides, the US government wouldn’t want you uncovering the world’s best kept extra-terrestrial secrets.

In any case, just make sure you’re on the lookout at all times, particularly if you are camping off road out there in the wilderness, as you never know what you might see. Turning your attention skywards at night is an absolute must as the stargazing opportunities are unparalleled.

Strange sightings in the desert and forests of Arizona

Sedona, Arizona is also one of the most popular destinations in America for spotting U̳F̳O̳’s. Sedona first appeared on the a̳l̳i̳e̳n̳ hot spot map after local residents witnessed an array of mysterious and unusual lights in the night sky back in 1997.

There are a number of tours that go out there during the night for visitors where you will be equipped with telescopes, binoculars and night-vision goggles. This might be your best chance at spotting a̳l̳i̳e̳n̳ activity, as the amount of recorded sightings of a̳l̳i̳e̳n̳ activity is astonishing. Many reports indicate sighting of portals, orbs, a̳l̳i̳e̳n̳s and even B̳i̳g̳f̳o̳o̳t̳.

Another popular location in the heart of the National Forest that draws in a high number of tourists is the mysterious Bradshaw Ranch. Reports say that this infamous ranch has actually been confiscated by the U.S government because it was reported to have accommodated an extremely powerful inter-dimensional portal…

While visitors are not permitted to enter the National Forest at night, there are a number of tour operators that will take you there for an overnight stay, leaving at dusk. According to many accounts, it is during the last hour of twilight that many of these strange and exciting phenomena’s take place.

This isn’t the first reference to there being a secret a̳l̳i̳e̳n̳ base in this location. Former US Airforce Intelligence Officer George Filer claimed that a̳l̳i̳e̳n̳s in U̳F̳O̳s were helping the US during the Vietnam War. He is now the Director of the world’s largest organization dedicated to a̳l̳i̳e̳n̳ and U̳F̳O̳ investigation known as the Mutual U̳F̳O̳ Network (MU̳F̳O̳N).

The most major base is said to be located in the Tonto National Forest in New Mexico, where there has also been a spate of unexplained disappearances in the last 30 years, with mysterious circumstances surrounding them such as abandoned cars with people’s valuables left behind.

If you decide to go camping in this location, make sure you don’t leave the tent alone, and be sure take a few torches with you to conduct your own a̳l̳i̳e̳n̳ investigations.

During the construction in 2013 local officials received a call from a man who claimed to have seen U̳F̳O̳’s and a̳l̳i̳e̳n̳s working together with people on site, as well as severed heads, which he claimed to have pictures of.

This man was early 60’s and reported to be perfectly sound of mind. He said he called the local office near the site only to find that the people there seemed to turn a blind eye to the allegations which he found suspicious.

In light of these shocking discoveries and supposed high presence of a̳l̳i̳e̳n̳ activity, camping in the Tonto National Forest is not for the faint hearted. If you are a thrill seeker of the highest order with oodles of courage and a keen imagination then this is undoubtedly one of the best camping in an a̳l̳i̳e̳n̳ zone locations.

Another popular hotspot for Extra-terrestrial activity is Mount Rainer in Washington. 1947 was a particularly active year for U̳F̳O̳ sightings in the United States. On June 24th 1947 a civilian pilot named Kenneth Arnold reported seeing 9 glowing bright blue and white objects soaring through the sky above Mount Rainer in a V formation at an estimated 1700mph.

He described the objects as saucer like, describing their erratic motion as like a saucer skipping across the water, it is because of this sighting that people believe that most U̳F̳O̳s are shaped like flying saucers. This reported sighting was considered to be the first most significant and widely reported in the United States.

Despite the enthralling a̳l̳i̳e̳n̳ encounter possibilities, the views across Mount Rainer are reputed to be absolutely breathtaking, and there are tons of stunning camping destinations across the park.

You could choose to camp at the foot of Mount Rainer of brave a trek up to its summit if you are feeling adventurous. Some great destinations that offer fantastic views of the night sky include the Glacier Basin, Mystic Camp, White River and Cougar rock.