The incident is named after the now-defunct Kinross Air Force Base (present-day Chippewa County International Airport) in upper Michigan, the site to which Moncla was temporarily assigned when the strange occurrence took place.

Shortly after sunset on November 23, 1953, Moncla was called upon to intercept an unidentified radar blip over the Soo Locks near Salt Ste. Marie, Michigan. Radar operators at the Aerospace Defense Command noticed an unusual object on their radar return, prompting them to scrambled an F-89C “Scorpion” fighter jet (piloted by First Lieutenant Moncla) to investigate the anomaly.

Air Force Second Lieutenant Robert L. Wilson also served as the radar operator for Moncla’s Scorpion. Official reports state that Wilson encountered difficulty trying to maintain coverage of the object on the Scorpion’s radar, so Moncla was forced to depend upon the guidance of ground radar operators to keep him flying in the direction of the object.

After reaching an altitude of about 8,000 feet and a speed of roughly 500 miles per hour, Moncla managed to close in on the object, but then a strange phenomenon occurred.

According to records provided by Ground Control, the two “blips” that represented Moncla’s jet and the unidentified flying object headed closer and closer towards one another until they seemed to merge into one single radar return.

At this point, Ground Control speculated that Moncla may have been flying over or under the object, but then the blip completely disappeared from the screen. Donald Keyhoe, a famed U̳F̳O̳ researcher who investigated the incident, noted that Ground Control feared that the two aircraft had crashed into one another in a “smashing collision.”

Repeated attempts to contact Moncla via radio were unsuccessful, prompting a subsequent search and rescue operation. After an extensive five-day search that scoured the lake as well as the shoreline, no trace of the Scorpion or the pilots was ever found.

An official USAF incident report was filed in December of 1953 which stated that Moncla’s F-89 was scrambled to assist a Royal Canadian Air Force C-47 Skytrain aircraft that had inadvertently veered off course.

Official reports state that no distress signal was ever radioed by the pilots, implying that the alleged crash may have been a very sudden and unexpected occurrence, with little to no forewarning. This speculation has also been supported by the fact that Moncla’s jet was dispatched in the midst of a snowstorm, which could have hampered visibility.

Air Force officials have also speculated that Moncla may have experienced an untimely bout with vertigo during flight, a condition which he had been known to suffer from on occasion. Although this idea has been offered by Air Force investigators as a possible cause of the alleged crash, the USAF Accident Investigation Board did not list pilot vertigo as a potential cause of the incident in any of its official documentation.

In a seeming contradiction, USAF Public Information Officer Lieutenant Robert C. White later stated in a phone interview that the aircraft that had been flying over the Soo Locks (and which Moncla and Wilson intercepted) was a “Canadian DC-3” instead of a C-47 Skytrain.

Yet another interview captured by David Cherniack as part of his documentary entitled “The Moncla Memories” labeled the aircraft a RCAF VC-912. In the filmed interview, Gerald Fosberg, the pilot of the RCAF flight, flatly denied that his aircraft had veered from its flight plan course to any degree, even though the official Air Force report stated that his aircraft had been labeled as “UNKNOWN” due to being off course by roughly 30 miles. The numerous contradictions in these various reports have fueled more speculation regarding whether or not the U.S. Air Force as engaging in a cover-up of a legitimate U̳F̳O̳ encounter.

The Kinross I̳n̳c̳i̳d̳e̳n̳t̳ remained inconclusive and subsequently faded from public memory, but in October of 1968 there was a brief revival of interest in the story when aircraft parts were discovered near the eastern shore of Lake Superior.

An Air Force official confirmed that the aircraft parts were indeed from a military jet, prompting conjectures that they may have been some remains of Moncla’s jet from the 1953 incident at Kinross AFB. Unfortunately, the exact identity and specifications of the parts were never published; in addition, the Canadian government stated that they have no official record of the discovery.

In August of 2006, a group of divers in Michigan claimed to have discovered the remains of Moncla’s F-89 at the bottom of Lake Superior. The group was known as the “Great Lakes Dive Company”, and its spokesman was a man named “Adam Jimenez”.

An email regarding the discovery was sent to popular U̳F̳O̳logist Francis Ridge, which she subsequently forwarded to the popular U̳F̳O̳ research forum “U̳F̳O̳ Updates.” As the story continued to surge in popularity, Jimenez began to be interviewed by a number of journalists and radio talk shows.

The company website featured two primary images of the alleged discovery, both of which depicted a fuzzy outline of what appeared to be an F-89 Scorpion sunken into the lakebed, but almost entirely intact.

As interest in the alleged discovery began to mount, Jimenez’s story began to take an interesting turn, as he soon began to state that they had also found a teardrop-shaped metallic object in close proximity to the downed F-89. Soon afterward, “sonar images” of the alleged U̳F̳O̳ were posted on the Great Lakes Dive Company website as well.

As investigators began to delve deeper into the details of this discovery, more and more holes began to appear in Jiminez’s story. There were no official records that the “Great Lakes Dive Company” was an actual corporate entity.

All attempts to trace any biographical background information on “Adam Jimenez” also came up short; investigators could only obtain his email address and cell phone number, both of which were out of service only three weeks after the emergence of the alleged discovery. At the same time that journalists and investigators began to “turn up the heat”, the company’s website abruptly disappeared from the Internet without any explanation.

James Carrion, the Director of the Mutual U̳F̳O̳ Network (MU̳F̳O̳N), also conducted a detailed investigation of the claims of Jimenez, and concluded that the “Great Lakes Dive Company” actually never existed, and that the bulk of Jiminez’s assertions were patently false, as Jimenez was unable to provide any details regarding the actual structure of the corporation, or what type of vessel they utilized in their diving expedition. Jimenez’s claims were ultimately dismissed as a hoax by the broader U̳F̳O̳ community.

Moncla’s family has never received closure regarding what happened to their beloved relative. Moncla left behind a young wife, as well as two small children. The official story points to a tragic collision of two aircraft, but conflicting accounts and the lack of an official discovery of any wreckage have lent an air of mystery to the Kinross I̳n̳c̳i̳d̳e̳n̳t̳ that will more than likely continue to endure. 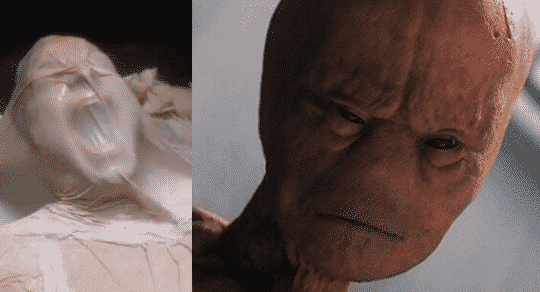 Why Antarctica Is The Only Location From Our Planet That Is Forbidden For Civilians? 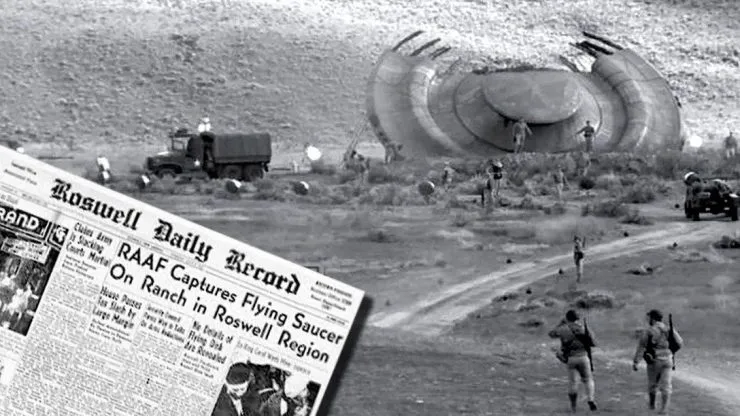