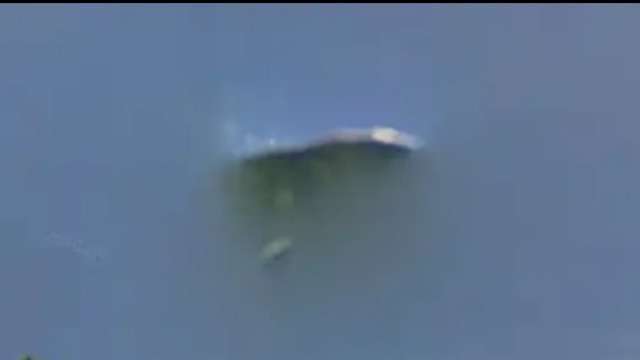 Google Earth which is sometimes referred to as Google Maps has a really weird but very clear cut U̳F̳O̳ just sat there in the daylight sky with the world as it’s witness.

It’s a strange one because this cannot be mistaken for a lighthouse or a plane taking off from a field. In fact, we’re seeing exactly what it is right there in the daytime and for what it’s worth, that’s not a weather balloon! Oh but it could be swamp gas maybe, I’ll have to check with NASA before I can get back to you, lol.

In the image below taken from the video, it shows what looks possibly like a smaller U̳F̳O̳? Because Google Earth Google Map’s isn’t a video as such, we can only see a photo version of the Map’s. That’s actually okay because we have the most important thing which is the craft itself. (coordinates are at the bottom of this post).

NASA would say something just as bizarre and extraordinary all to itself about this if I did ask. They’d probably say something like a rare camera blink. It’s a newly discovered phenomenon that camera’s can experience especially if it’s a Zeist camera? Between each photo with long exposure on the camera actually blinks to early which blah blah blah!

It’s right up NASA’s ally that, to self diagnose a brand new phenomenon that nobody has ever heard of and use it to cover up a U̳F̳O̳ incident. Google meanwhile is sitting off in the background nodding away like a nodding dog shelf ornament.

As far as U̳F̳O̳ sighting’s goes this one’s a better one because like I said before, it’s the daytime and it’s silver metallic, it’s not recognisable as anything that belongs in the air, there’s a definite shape to it and there’s absolutely nothing holding it up in the sky. These large Google Earth photo’s are all stitched together by using software.

That means that the chances of a human being deliberately tampering with the Google Earth/Map’s photo’s is remote at best and highly unlikely at worst. It’s all computer controlled and therefore the reason why we’re seeing this at all is because no humans was involved in stitching these millions upon millions of photos together.

Lee Lewis U̳F̳O̳ Sightings Footage: IF it’s to good to be true, it’s usually not true.

Because believe me, if someone had of seen this obvious silver U̳F̳O̳ at the Google office’s where they work on the Google Earth/Map’s software, it would of been erased and taken out.

How do I know this?

Because in the past when other people have discovered a U̳F̳O̳ in the skies of Google Earth and Maps, after it was published and the knowledge made public, not long after they have disappeared!

Call it an upgrade to the software or a new photo version of the road’s layout because so much has changed? But either way, U̳F̳O̳s in Google Earth and Map’s have vanished and probably will again.

So, it’s a good practice to record and document the many different U̳F̳O̳s that keep on turning up on the world’s largest publication of street map’s. The Google employee’s are ultimately the first line against any attempts by external influences wanting to black out or blur even “cover up entirely” U̳F̳O̳s or supposedly top secret installations.

It’s up to these guy’s to stand up for what’s right and keep it that way. Because once these obvious U̳F̳O̳s become common knowledge, they will try to have these U̳F̳O̳s etc covered up or taken down entirely.

This is a brilliant U̳F̳O̳ video because there’s no way it’s fake as Google Earth employees can’t do it, it’d be picked up by other employees who would not allow it. It’s a multi trillion dollar corporation which means that employee standard’s are so high that faking a U̳F̳O̳ in their Map’s division would not be tolerated at all.

Please share your thoughts and opinions with me, I’d love to hear what you think about this U̳F̳O̳ video? In my own view it’s quite different from what we normally see and to be honest with you, there’s absolutely nothing satisfying that explains why this U̳F̳O̳ “should be there” parked in the sky? So, if you start having doubts about it, just remember that there shouldn’t be anything there in the daytime sky. 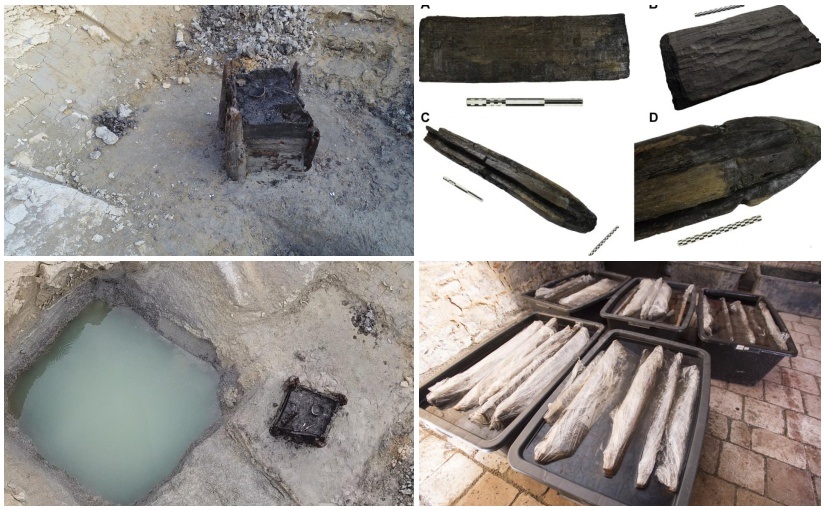 TR-3B: the “anti-gravity ship capable of interstellar travel” , this ship generates a lot of controversy