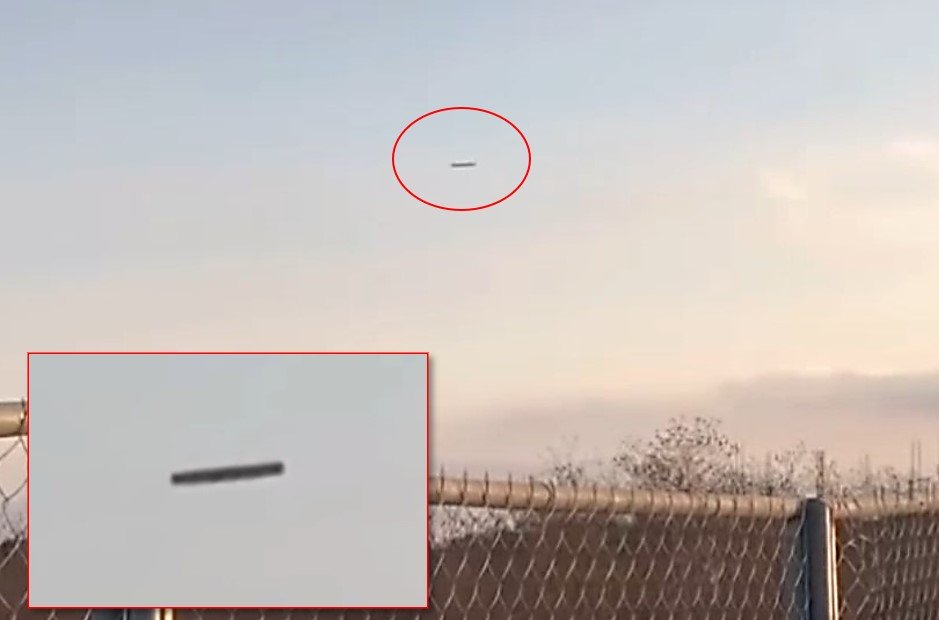 On January 27, 2022, a Mexican reporter from the “Urbex Puebla” group filmed a huge cigar U̳F̳O̳, while he was with his team to investigate the great chasm that has been open for about a year in the area of Santa María Zacatepec (Mexico). .

The same author contacted by Segnidalcielo, tells us that he does not know what it is and awaits confirmation from U̳F̳O̳ researchers. The witness of the Urbex Puebla group was together with his collaborators to investigate the huge chasm that opened on May 29, 2021, when he noticed the presence of the huge cylinder-shaped object.

The author and witness of the sighting tells us that “we don\’t know what it is, maybe a balloon? A Drone? A plane? We don\’t know what it is but that stuff wasn\’t a conventional land-based aircraft !! We only know that it had been there in the sky for a long time and was making strange zig-zag maneuvers, going down and up, always maintaining a height of about 700-1000 meters, maybe more. The U̳F̳O̳ seemed to turn on itself, suddenly lowered and stood up. Then after a while it disappeared ”