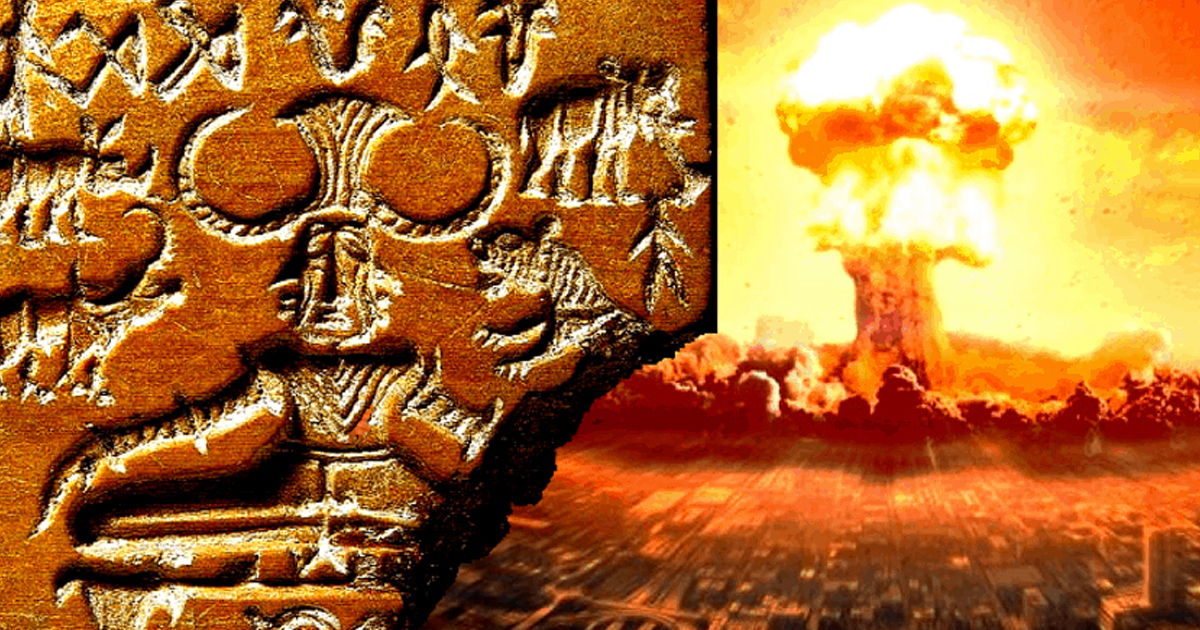 Most historical civilizations perished either as a result of natural disasters or as a result of warfare between them, according to history. Many people believe that the technology we have in the present world is the most advanced technology ever developed. Do you believe that to be true? Do you consider present human civilization to be the most advanced? In 1945, the world witnessed the successful test of the world’s first nuclear weapon in Alamogordo, New Mexico, United States. Not long after that, the United States dropped its most powerful weapon on the Japanese cities of Hiroshima and Nagasaki, wiping out nearly the entire population.

Is it feasible that such an explosion might have occurred 4000 years ago? We don’t have any proof, but some researchers believe that the ancient South Asian city of Mohenjo-Daro, often known as the “Mound of the Dead,” previously housed the most complex ancient settlement destroyed by the nuclear explosion. The ancient Indian city of Indus (now Pakistan) was thickly populated and located on the Indus river’s bank. It was one of the lush lands of the Indus Valley civilization.

Mohenjo-Daro was a 4000-year-old Indian metropolis that was home to more than 40,000 people. The city, along with Harappa in British India, was found in the 1920s.

The site was first excavated in the 1920s and 1930s, and then again in the 1950s and 1960s. It was the first time the world learned about the ancient Indian civilization, which existed 4000 years ago and competed with Egypt’s culture.

The city was well-planned, according to archeologists, and dwellings were made with brick furniture. The most intriguing aspect of the site was the network of sewer lines that ran down the middle of the streets. It also included public drinking water infrastructure made of man-made bricks.

Aerial image of the Mohenjo-Daro ruins.

What happened at Nagasaki happened in Mohenjo-Daro in 2000 BC, according to British researcher David Davenport. He studied the city for over a decade, examining ancient writings and whatever relevant information. In the book “Atomic Destruction in 2000 BC,” he reported his findings on the city.

It is thought that 40,000 people lived in ancient Mohenjo-Daro, although the figure could be as high as 100,000. He highlighted the enigmatic yet mighty weapon mentioned in the classic Hindu literature known as the Mahabharata as a result of his investigation. He said that a weapon known as “Agneya” (Sudrana), a wheel-like weapon with thunder-like force, was the cause of the ancient city’s destruction.

According to Hindu Utsav,

“The Sudarshan Chakra[ Agneya ] is the sole divine weapon that is ever moving. It has the power to do millions of revolutions per second and travel millions of yojanas (1 yojana = 12 km) in the blink of an eye. It is not hurled, rather it is sent against the enemy with willpower.”

The city’s ruins aided Davenport in his theory that Mohenjo-Daro was destroyed by superior weapons in the past. He discovered various things at the site that had been cooked to temperatures of up to 1500 degrees Celsius. He also discovered the explosion’s epicenter, where the ground and bricks in a 50-yard radius were fused, crystallized, and melted. All of these data indicated that a huge explosion occurred in the area, comparable to modern atomic bombs. The Indus Valley Civilization was represented by an Indus seal (2500–2400 B.C.E.) discovered at the Mohenjo Daro. A horned buffalo, a rhinoceros, an elephant, and a tiger surround a big man seated on a dais in this artwork. National Museum of Delhi is the source of this image.

In his book “Riddles of Ancient History,” published in 1966, British author Alexander Gorbovsky described a skeleton discovered in the area that contained radiation 50 times higher than natural levels. A space engineer in Rome named Antonio Castellani backed up Davenport’s assertion, saying that what happened at Mohenjo Daro was not a natural occurrence. There was no volcanic activity in the vicinity, by the way.