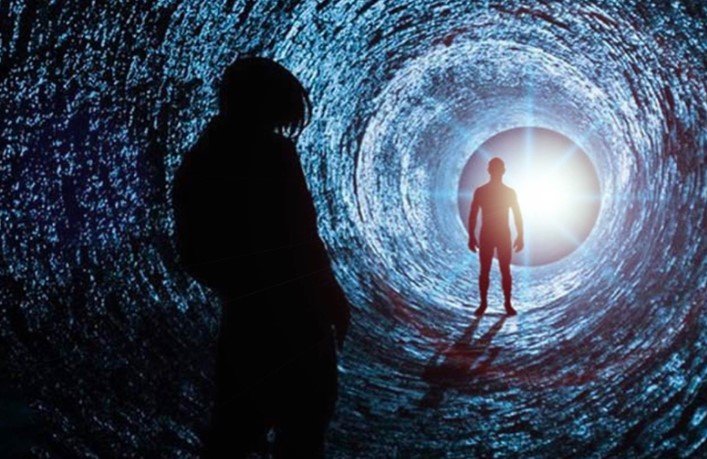 A Reddit user “JackSprat90” published a story several years ago that happened to him in the Cascade Mountains of Washington state (USA).

After that, he thought that time travel could be completely real and spontaneous, that is, sudden and imperceptible for the traveler himself.
We present his story below.

I have always loved the outdoors. I was fortunate enough to be born in the great Pacific Northwest, the Western Washington Cascades to be exact. My father and I spent much of my early years of life exploring the mountains, fishing, and hunting.

There are parts of the Cascades I know like the back of my hand. One of those places is called Goblin Creek up the Index-Galeema road off Highway 2. When I was a kid we would drive up there to do some fishing and shooting, but also to collect a specific type of rock that when cut in half and polished would resemble a scenic picture of the view of mountains from within a cave.

I do not recall the true name of these stones, we just called them picture rocks. My fathers friend and neighbor owned an art gallery/mineral shop that used to be a church.

If you have ever driven through Start-up on your way from Sultan to Goldbar on highway 2 you might remember seeing the robot sculpture outside the shop that my dad built. This is the place that we sold the stone for $2 a pound. It was lucrative revenue for a pre-teen.

The walk from the creek where we harvested these rocks to the dirt road wasn’t particularly long, but lengthy enough that you could presumably get lost while en route if one didn’t know where to go. In the years we spent at this creek I had only ever seen two other people out there.

One was a game warden that heard the gunshots from our target practicing session and tracked us down to make sure everything was fine. The other is the subject of my curiosity.

When I was about 14 I distinctly remember hauling a backpack full of these rocks up from the creek to my dads truck. Along the way I ran into a man that looked to be about 30 years old.

We both appeared to be surprised that we would run into anyone in this rather remote section of the mountains, but as I got closer to this man (he was heading down to the creek, I was heading up to the road) he seemed to grow increasingly more startled, as if he was seeing a ghost. He didn’t say anything as I passed, he just stared at me seemingly trying figure out the appropriate words ask me something.

After passing him I remember thinking how much this guy looked like he could be in my family, the similarities were striking. I continued on to the truck, dumped my load of rock off at the truck and headed back down to the river to my dad. When I arrived I told him about the encounter and asked him if he had seen this man to which he replied that he hadn’t. I have remembered this encounter quite vividly since then.

Last year I was visiting my family in Snohomish and decided to head up to old Goblin Creek for nostalgic purposes. It had been about 15 years since I was last up there. Along the way up there I found out that the Index-Galeema road had apparently washed out years before, luckily I knew of another way up there via Jack Pass.

I found the dirt road and parked where my dad used to park and proceeded to walk through the woods down to the creek. Along the way I saw something that absolutely shook me to the core. As I was about half way through the woods I was startled to see someone else coming up from the creek, a boy, about 14 years old.

He was wearing a backpack that looked to be burdened by heavy weights. As we got closer, I began to get increasingly confused and shocked as the boy looked exactly like I did at his age. I meant to say something to him as he passed, but could not figure out the right words to express what I was thinking at the moment.

He passed me and kept going. I walked a little ways and finally stopped when it all really hit me.

I remembered the encounter from my teenage years and realized I had just lived the other half of the experience! Both the man and boy were me, roughly 15 years removed! I turned around to catch up to the boy in the thick Western Washington woods. I ran all the way back up to the road where my truck was to find…… nothing.

There wasn’t anywhere else besides the road for him to go to, and I hadn’t stalled so long as to not be able to catch up to him. He was simply gone. Curiosity got the best of me so I hurried down to the creek half expecting to find my dad fishing on the bank 15 years younger but found nobody.

I ended up going home and deciding that this experience was too unbelievable to tell even my friends and family.