In 1835, a labourer in Kent, England, was doing his usual field work. What wasn’t so usual was when he struck the soil with his spade and it just disappeared into the Earth. Apparently, he was standing on something hollow, but from the surface, could see nothing. 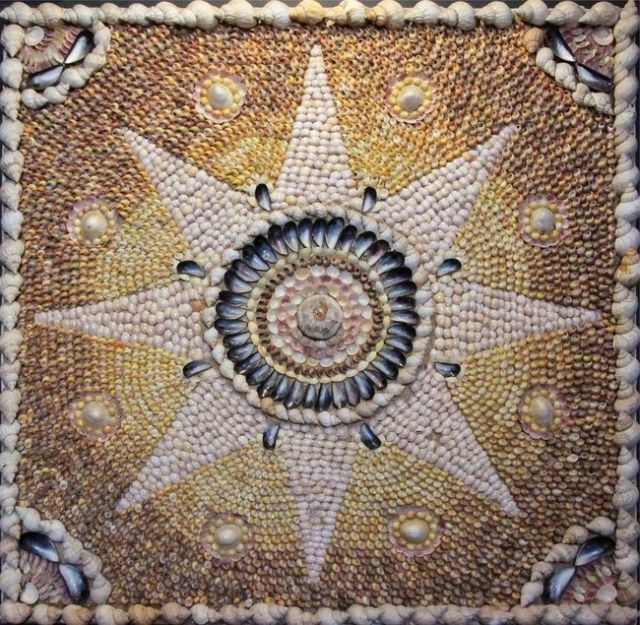 Word spread, and a local schoolteacher soon volunteered his young son, Joshua, to be lowered into the hole with a candle. Joshua was safely lowered, and what he saw underground was a breathtaking mystery. When Joshua was pulled out, he described rooms filled with hundreds of thousands of carefully arranged shells.

Needless to say, the adults were a bit skeptical, but when the hole was widened and they saw it for themselves, they were stunned. There was a passage, a rotunda, and an altar chamber, and the whole thing was covered in a mosaic of shells. 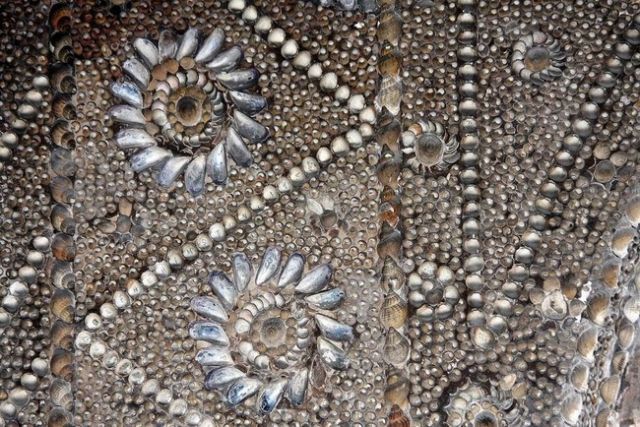 Joshua’s father and the schoolteacher, immediately thought of the financial benefit that this place might have. He quickly bought the land and began renovating the grotto, making it suitable for visitors. 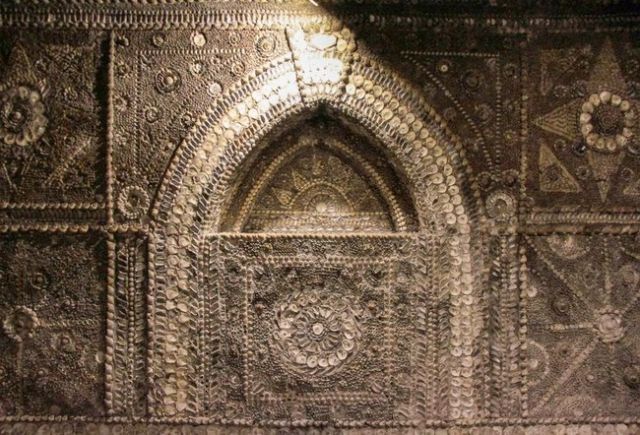 Two years later, in 1837, the Margate Shell Grotto opened to the public for the first time. And he was right; it did catch on with the public, and it’s still open and enjoying visitors today. Today, it’s also got a museum, gift shop, and cafe. But there’s still a major question hanging in the air: who built this, and why?
With all these shells so carefully arranged, it’s clear that someone spent a lot of time – and money – on this creation. The shells arranged in sun and star shapes, the vaulted ceilings and altar-like spaces lead some to believe it once had religious significance. 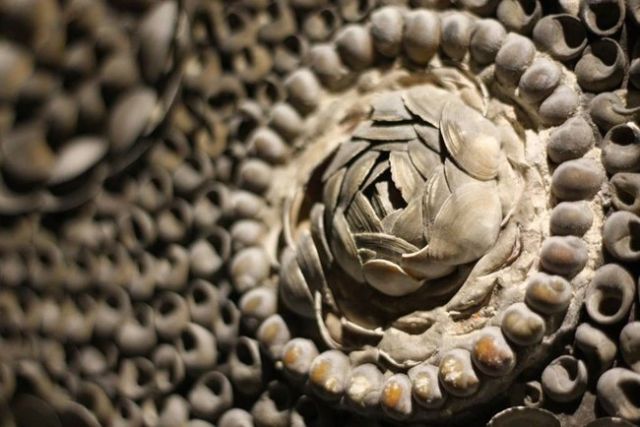 Yet no one knows for sure, and no one is even sure how old the structure is. Theories about its origin place it as being built as long as 3,000 years ago.
Other theories also run the gamut between ordinary and totally out there. Some think it was created as an aristocrat’s folly sometime in the 1700s. Others think it might have been used as an astrological calendar, or that it’s connected with the Freemasons or the Knights TemplarStill, 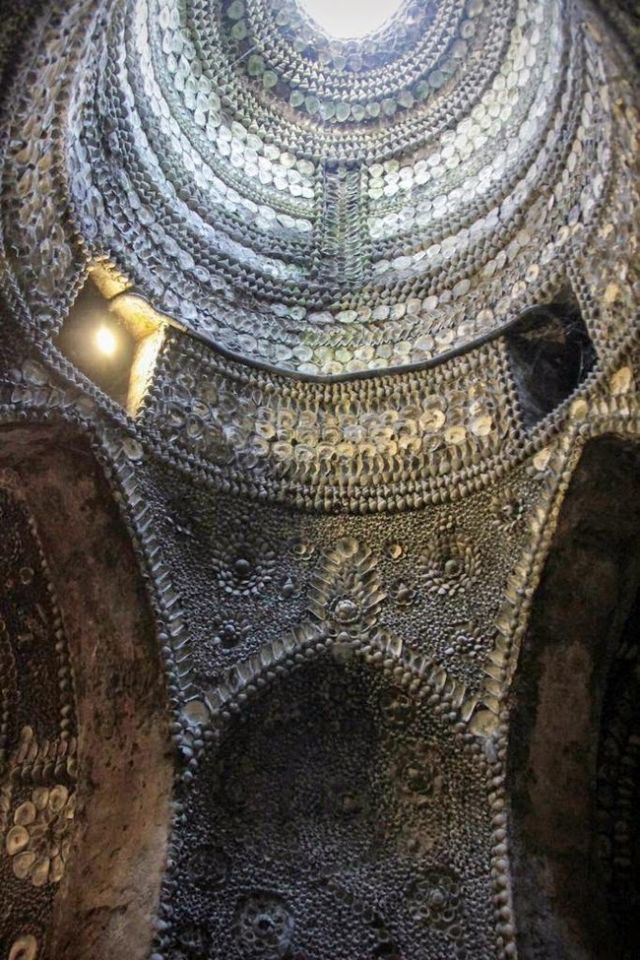 others maintain it is connected to a mysterious Mexican culture that lived some 12,000 years ago. Shell grottoes were actually quite popular in Europe in the 1700s among the wealthy.
There’s only one catch: the Grotto’s location was on farmland, and that land has never been part of a large estate, where follies would have been built. Even in 1835, there was no record of its construction, which would have been a major undertaking. 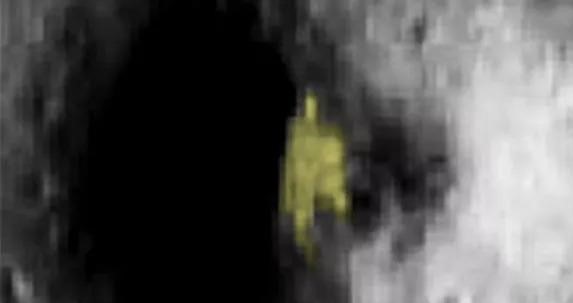